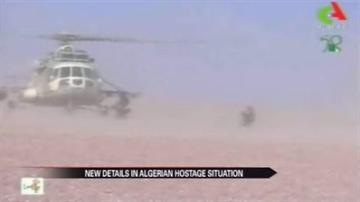 ALGERIA — New information has been discovered about the American who was killed by Islamic Militants in the Algerian hostage situation.

The state department has confirmed that 58-year-old Fred Buttaccio of Houston was killed at some point during the attack and rescue efforts that followed.

The Alqaeda linked group claims the attack on the BP oil facility in the middle of the Sahara Desert had been planned for two months.

Hostages who escaped or were freed said the terrorists only wanted Westerners or Americans.

Another American, Mark Cobb of Corpus Christi, Texas is now confirmed as safe.

His family says Cobb is the Senior Manager of the BP facility and sent them a message simply saying: I'm alive.