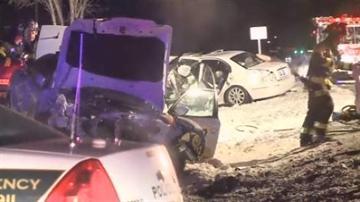 SOUTH BEND, Ind. -- According to an Indiana State Police report, the victim of a fatal accident in March 2013 had marijuana in his system at the time of the crash.

In March 2013, an Indiana State Police trooper collided with a car on Ireland Road in St. Joseph County. The driver of the other vehicle, 19-year-old Robert Perez died and his passenger was seriously injured.

The police report says Perez pulled out in front of the trooper. It also says he had marijuana in his system at the time of the crash.

Perez was not wearing his seat belt, according to the report.

The Indiana State Police report has been handed over to the prosecutor's office.