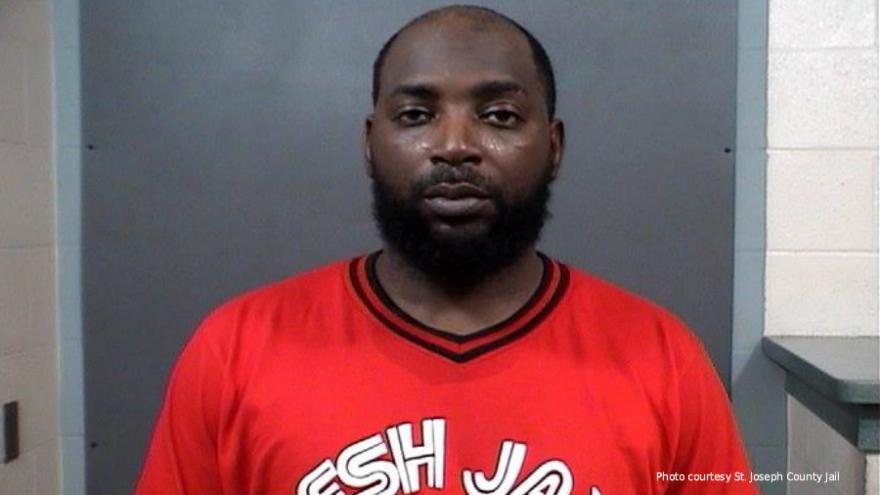 SOUTH BEND, Ind. – New details have been released about a man charged with child molestation following a crash and shooting in South Bend.

As previously reported, 36-year-old Raymond Dunlap was arrested and charged with child molestation a day after his vehicle was shot at on South 30th Street, causing him to crash.

On June 20, South Bend Police arrested Dunlap on the scene of the crash for vandalism and breaking into a home. Those charges were dropped the following day but he remained in jail on a child molestation charge.

According to a probable cause affidavit, that charge stems from the accusation that Dunlap engaged in sexual intercourse with a 13-year-old girl in 2017.

On June 17, the victim’s mother received pictures of her daughter and Dunlap that were of a sexual nature.

The fourth photo reportedly showed the victim unclothed, lying on her stomach.

The victim told investigators she knew Dunlap through a friend and began using Snapchat to message him.

She went on to tell police her relationship with Dunlap began at the end of her seventh grade year when he would ask to kiss and hug her.

The probable cause affidavit noted she had skipped school one day to “visit and hangout” with Dunlap where he allegedly had sexual intercourse with the victim before she asked him to stop and take her to school.

Officials went to speak with Dunlap on June 21 when they were informed Dunlap was held in the St. Joseph County Jail on charges from the crash and shooting.

Dunlap was taken to an interview room where he reportedly admitted to exchanging messages with the victim.

The PCA says when Dunlap was questioned about having sexual intercourse with the victim, he stated he saw the victim walking and took her back to his apartment. He stated he fell asleep on his bed when he woke up to the victim lying next to him taking a picture.

He said he asked her to delete the photo and leave his room.

A child molestation charge was added on June 21 and he is still being held at the St. Joseph County Jail on a $10,000 bond.