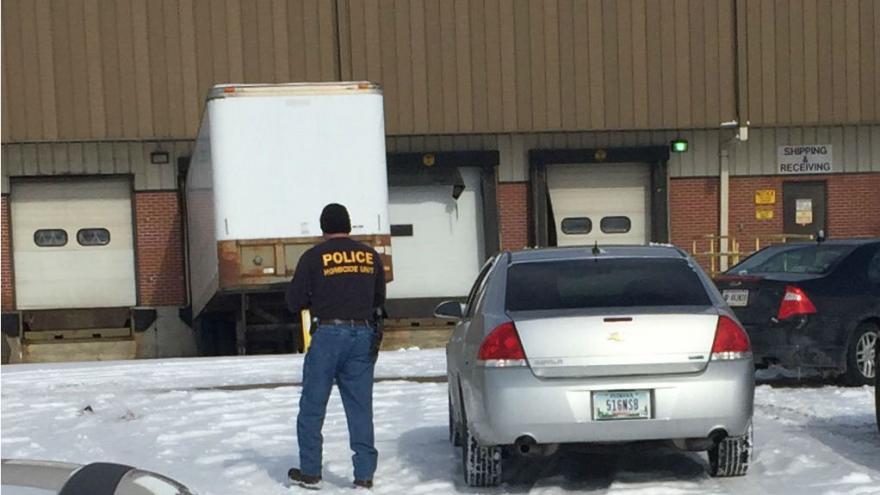 ST. JOSEPH COUNTY, Ind. -- The man accused of stabbing a coworker at Patrick Metals on Tuesday has been formally charged with voluntary manslaughter. Court documents reveal what led to the incident.

Mishawaka Police were called to Patrick Metal Industries around 11:40 a.m. to investigate a stabbing.

When they arrived, they found Aaron Woods covered in blood with apparent stab wounds. He died shortly after.

Other employees told police Woods had been in a conflict at work with Tommy Love and they had been fighting before Woods was injured.

The area where the stabbing occurred was covered by security cameras. Officers viewed the footage.

According to police Love was walking from the lunch area with food he had just heated up when Woods slapped the food from Love's hands, then pushed Love up against a wall.

Love hit Woods several times with a closed hand, Woods stumbled away, then Love went back to his work area and left the building, police said.

In the evening, Love turned himself in to police.

He told them about Woods knocking his lunch out of his hands and pushing him up against the wall. Love said he stabbed Woods twice with a pocket knife, according to the probable cause affidavit.

Love said he went to a relative's home before turning himself in to police.

Love will be in court Thursday for a bail hearing and arraignment.

The prosecutor's office is asking for bond in the amount of $100,000 because Love has a previous conviction for criminal recklessness. In that case, Love shot someone in the back during a fight, according to the probable cause affidavit.