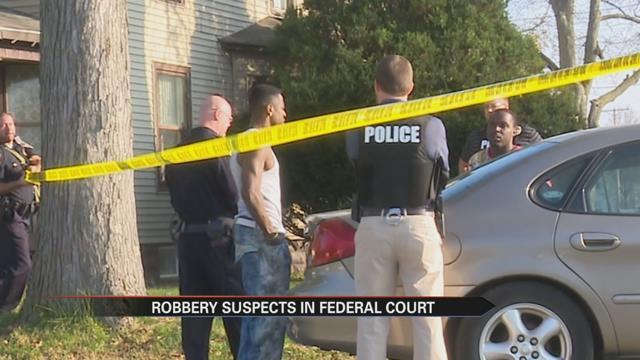 Last Wednesday, First Source Bank in Osceola was robbed at 1:45 in the afternoon.

According to court documents, the suspects were three masked men armed with an assault rifle and a handgun.

Investigators say the suspects took $17,000 and left in a stolen Ford Explorer.

That vehicle lead police to a nearby apartment complex.

A tracker in the stolen currency then lead police to a home in Elkhart.

After 45 minutes, Hawkins, Wilson and Woods came out of the house.

Police then obtained a search warrant, and found the stolen money and other evidence in the house.

The three suspects are now being held in St. Joseph County, and the case is in Federal Court under U.S. Magistrate Judge Michael Gotsch.