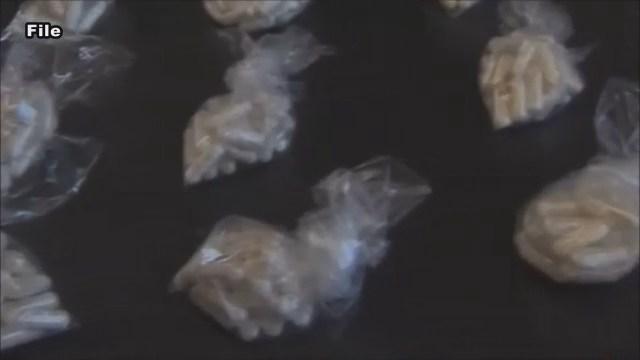 A hand-picked team of law enforcement officials will hit the streets in La Porte County starting January 1st. They already have plans in place to combat illegal drug sales across the county better than ever before. ABC 57.com’s Andrea Alvarez spoke with the person who is taking on perhaps the biggest role and overseeing that task force.

“Taking a drug dealer off the street is only one part of it,” said Sergeant Andy Hynek with the LaPorte County Sheriff's Office.

“Part of it was a recommendation from HIDTA, High Intensity Drug Trafficking Areas. They felt that it would be in the best interests if we pulled the resources together,” said Hynek.

“Real intense, a lot of meetings, and a lot of data gathering. The number of overdoses, the number of illegal narcotics arrest, drug dealing arrests,” said Hynek.

So they’ve picked the best to take on the task…

“They were able to assign some pretty highly motivated investigators from each of the agencies,” said Hynek.

And they’re ready to get started.

"We’re looking forward to it, just so many valuable resources that will benefit narcotics investigations which benefits the public here,” said Hynek.