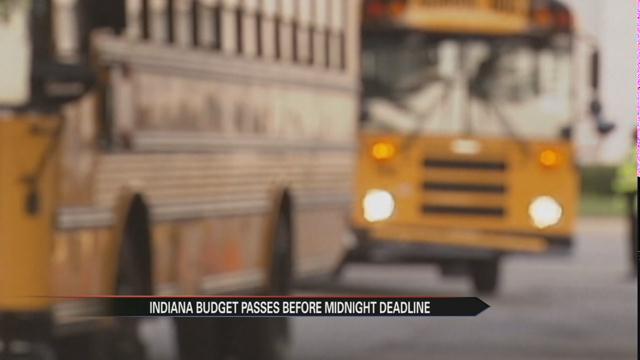 Lawmakers worked until dark to get Indiana's budget for the next 2 years completed, and made it just minutes before their midnight deadline.

Overall it is a $31 billion budget.

A major focus of that is education with increased funding for K-12 education in St. Joseph County and other Michiana areas.

The Senate approved the measure 40-9, followed by the House with a 69-30 vote count.

Funding for kindergarten through 12th grade education will increase by more than 2 percent.

It will also shift money from districts with declining enrollment to those with growing numbers.

Those behind the plan include Governor Mike Pence and Granger State representative Dale Devon.

“The most significant accomplishment this session was the passing of the 2016-2017 biennial budget," said Devon. "I was proud to support it."

But not everyone was in favor of the budget. Some have expressed concerns over that money shift from schools with low enrollment.