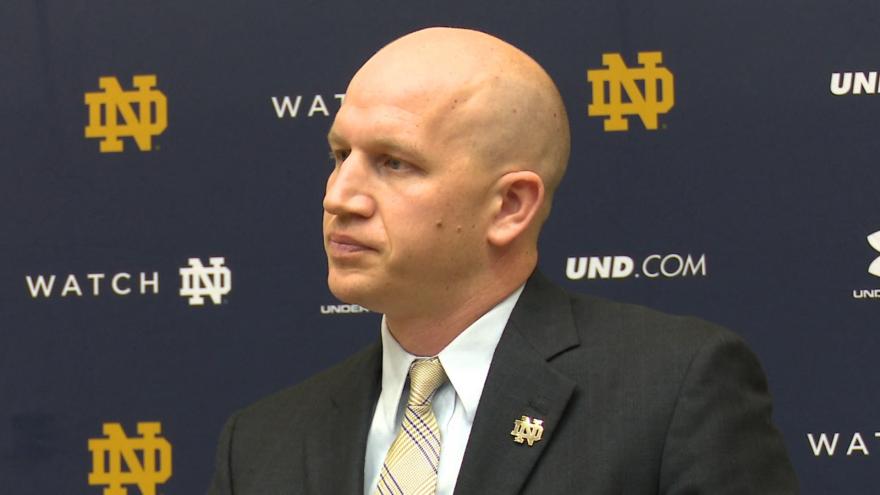 NOTRE DAME, Ind. - Every football coach has his own style, and personalities certainly vary.

Clark Lea is one of the more soft-spoken members of the Irish staff, but when his dream job opened in January, he spoke up without hesitation.

"I absoulutly had my sights set on this position and I was totally wrapped up in getting the chance to do this," said Lea in his first media appearance as Notre Dame's new defensive coordinator.

Lea, promoted after one season as Notre Dame's linebackers coach, now steps in to fill the vacancy left by Mike Elko's departure. To that point, Lea had spent several seasons coaching under Elko including following his mentor to South Bend for the 2017 campaign. Eventually though, he knew he had to find his own break.

"In the back of my mind before Mike left, I knew at some point I was going to have to leave to assume the responsibility elsewhere," said Lea. "When you’re at a place like Notre Dame, that allows you to be very selective. Personally, the affinity I have for this place, that was a tough thing to wrap my mind around."

"Notre Dame represents everything I want to be a part of in my career as an educator."

Clark Lea will continue his work with @NDFootball as the new defensive coordinator.#GoIrishpic.twitter.com/mGKSNnESJb

Now, Lea has the opportunity to continue the growth the Irish defense made last fall. While this is his first experience in a coordinator role, Lea believes he has the tools to rise to the occasion.

That approach to leadership was what ultimately sold head coach Brian Kelly on Lea's promotion.

“He immediately commands the respect of those around him," Kelly said in the program's announcement of the move, "Clark has demonstrated an ability to motivate, lead, teach and mentor through a positive teaching environment, while also developing the necessary traits of excellence in our players.

"He has an incredible football knowledge, a keen understanding of personnel and a fierce work ethic, which leaves no doubt in my mind that we’ll maintain the defensive standard necessary to win at the highest level.”

That work ethic has driven Lea throughout his career. 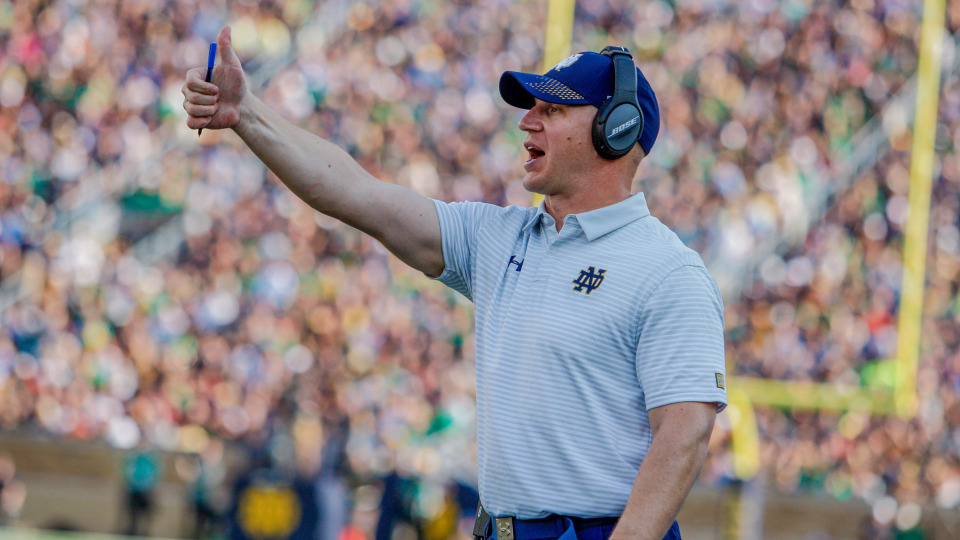 From his playing days to the last few seasons working towards a larger opportunity, Lea says there is a fire that has to burn whether or not others notice.

"At the end of the day, it’s more the internal drive knowing that your best days and best accomplishments are out in front of you," he said. "Set your sights out each day, so you’re not missing the little details that you need to perform to keep those long-term goals within reach."

While his own dedication lies within, Lea's current role as a coach and mentor requires he find a way to relate to what his players are going through.

"The only promise we make is the chance to compete. We know at the end of the day, each player needs to be driven," he said, going on to joke about his own experience as a player. "For me as a scrub fullback [at Vanderbilt], every year they brought in a fullback I was always helpful and cordial, but in the back of my mind was like, ‘OK buddy. You’re not taking my job. I’m going to do everything it takes to maintain that 2nd- or 3rd-team fullback role.'"

In college, he fought for playing time. Now, he leads Notre Dame's defense.

Though the fanbase may have wanted a hire from outside the program, Lea's promotion signified continuity, which he views as a positive after last year's defensive improvement.

"There’s a reason I came to Notre Dame in the first place to coach in this system," said Lea "I believe in what we do. I’ve been a part of it for a number of years and this is the defense I want to play. As things evolve naturally and that process takes hold, things may tweak but it won’t be anything drastic."

His defense may mirror the system he has embraced with Mike Elko, but Lea's demeanor will ultimately shape the way Notre Dame plays on that side of the ball.

"I can only be one person and so naturally my tie with the entire unit should in some way be reflected in the manner we play," he said. "You want your team, your unit, your defense to take on your personality in subtle ways."

Other coaches can bring the loud, outward fire to the Notre Dame defense.

But there will be no shortage of intensity from its leader.