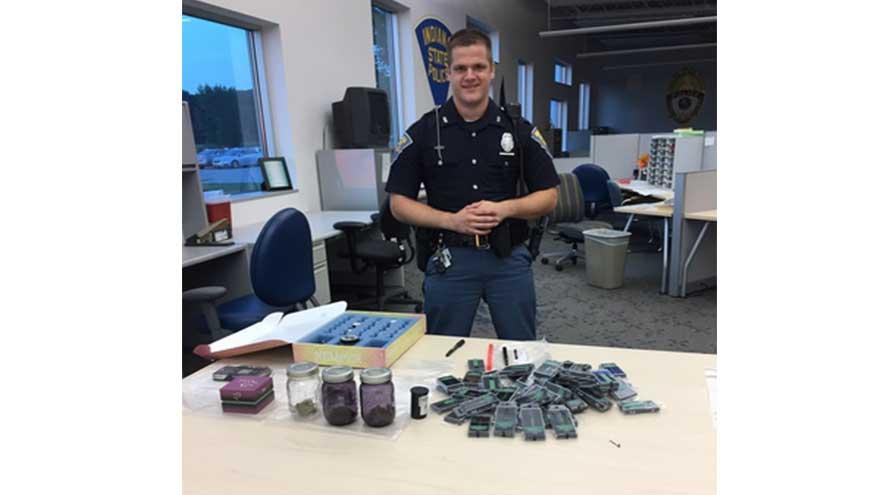 The trooper stopped the 2016 Jeep in the eastbound lanes at the 121 mile marker for driving in excess of 70 mph.

The trooper became suspicious during the traffic stop and requested assistance from a K9 unit.

The K-9 alerted to the presence of narcotics in the vehicle.

A search of the vehicle revealed a duffel bag with three one pint jars with suspected marijuana, 29 bottles containing waxes, plant materials believed to be marijuana, and lotions, 50 boxes of liquid form of THC and a small digital scale.

Police say they believe the items were purchased in Utah and the suspects intended to resell them in New Jersey.

The driver, 23-year-old Jessica Bird, and passenger 20-year-old Christian Isaken, were taken into custody on the following preliminary charges: