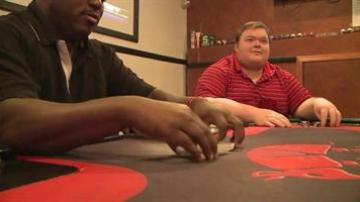 It could be one of the last charitable game nights in one local community if a new law is passed.

Some charities do not even know if they will have enough money to keep going.

A new Michigan law could change everything for dozens of charities in Niles.

It is charity game night at Joey's in Niles.

Dozens are ready to play in hopes of raising money for a local charity.

But that could all change if a new bill is passed into law.

New rules would dramatically lower that number to about seven or eight.

"If this law gets passed its devastating," Todd said.

Coach Todd said he believes the bill is backed by casinos that want to increase business.

And if it passes he worries his high school and others in Niles will not be able to get the funding they need.

"Our ability to get uniforms and equipment would be almost zero. You can only do so many cookie sales, and candy sales, and t-shirt sales. This revenue like I say is crucial."

It is a feeling felt by everyone in the room.

"We cannot make enough money by serving dinners and having bake sales to fund the projects that we fund right now," said Darlene Born of Niles Women of the Moose charity.

People said they have no idea how they will fundraise if these game nights are shut down. And right now all they can do is wait.

The bill can pass into law as soon as October 15th.