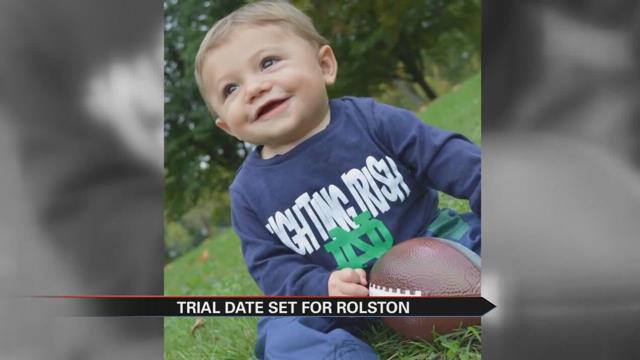 On Wednesday a trial date was set for the New Paris woman charged in connection with the death of 19-month-old Kirk Coleman and now his family says they’re closer to closure.

It had  been postponed time and time again, but now it will be October 3rd at 9 am.

“First time in a year and a half leaving the court room in smiles and not tears,” said Garza.

On October 29th it will be two years that Coleman’s family has been waiting for justice to do its part.

Jackie Rolston, the woman being charged with battery on a child resulting in death , which is a level two felony- if found guilty- could be sentenced to a maximum of 30 years.

“I just hope that we can get us some closure. Obviously can’t move on without some type of closure,” Garza said.

In 2015, the 19-month-old’s autopsy revealed his death was caused by trauma to the head, not the result of choking on his lunch, like Rolston had said.

The prosecutor said in court they’re ready to proceed and hope for no surprises or motions to come up.

Although still feeling the death of her grandson Garza has hope.

“It’s been a lot of heart ache. A lot of tears. A lot of disappointment. I’m just ready for our justice system to do it’s job,” she said.

After Coleman died his family found the need to start Kirk’s law.This law requires Indiana court to create a child abuse registry, which is available to the public with just a simple search.

Garza not only wants Coleman’s family to have the justice they deserve, but also wants to make a difference for any other family dealing with this same situation.

“Get Kirk’s law out there to many different states and try to let them know that there is help out there and hopefully that this doesn’t happen again to any other child,” she said.