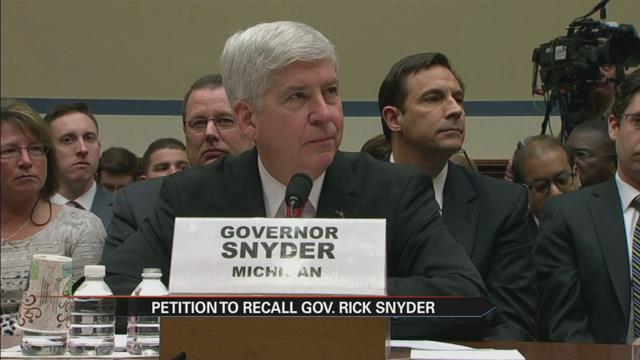 A new petition to recall Michigan Gov. Rick Snyder has surfaced as outrage over the Flint water crisis continues – but what does it actually take to recall a governor?

Along with multiple calls to resign, Gov. Snyder now faces the possibility of being recalled if a new petition created by a Detroit-area pastor gets enough support.

According to The Associated Press, the anti-Snyder group has 60 days to collect signatures from roughly 25 percent of registered Michigan voters, which adds up to about 790,000 people.

If successful, the option to recall Gov. Snyder will appear on the ballot this November.

But even though many Michigan residents are upset with the governor over his handling of the water crisis, getting that many signatures from registered voters in so short of a time is a tough challenge, according to one expert.

“The real problem is that success is probably related to your ability to pay signature gatherers,” University of Michigan Center for Political Studies Research Professor Michael Traugott said. “It’s very difficult to do this without that level of organization and that level of financial backing.”

Reverend Bullock did not return requests for comment about this story at the time of publication.