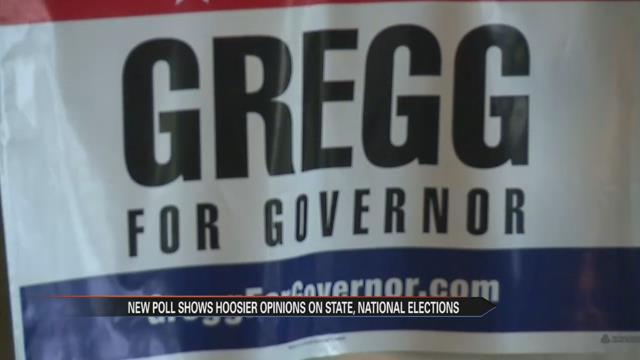 Indiana Governor Mike Pence only has a few months left leading the Hoosier state and now the attention is turning to his replacement.

The race to replace Governor Pence is heating up and a newly released poll by Monmouth University shows a virtual tie.

403 Indiana residents, deemed likely to vote in the November election, took part in a Monmouth University poll from August 13th to the 16th.

On Wednesday, the university released the results of that poll.

Monmouth polled Indiana residents on three statewide race and the results for the race to succeed Pence proved the closest out of the three.

The battle to succeed retiring Republican U.S. Senator Dan Coats is a close one.

The same poll shows 46 % of Indiana voters have a favorable view of Bayh, while Young has just a 29 % favorable rating.

Another 55 % saying they’ve got no opinion of Young.

The poll also shows Hoosiers are supporting Donald Trump over Hillary Clinton by 11 points, 47 % to 36 %.

For a full breakdown of this poll, which was taken by over 400 Indiana residents deemed likely to vote in the November election, click here.