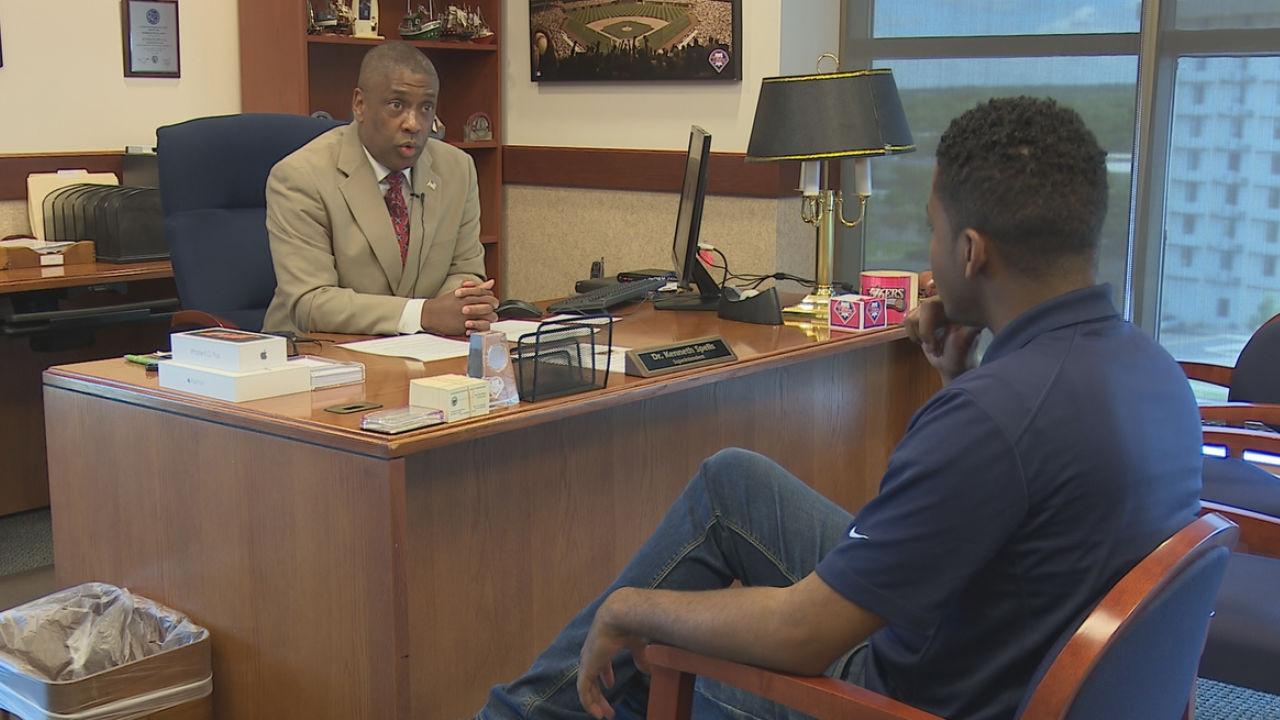 There are quite a few challenges ahead of South Bend Community Schools come Fall, but now there’s a new leader working to solve them.

Friday was the first day on the job for new superintendent Kenneth Spells.

And he’s laying out his plans for the future of the district.

He spent the majority of his first day in meetings and doing other typical house keeping things.

But he says on his long term to do list is finding ways to strengthen his administration’s relations with students, teachers and parents.

That’s also a promise he made back during his interview.

Back in May, Spells, then an Alton schools superintendent, was tasked with impressing SBCSC’s school board.

Months later, the candidate got the new task of leading this district from its top seat.

“We can build something special here,” said Superintendent Spells.  “I’m just excited about the enthusiasm from the community.”

This community, although supportive, is growing more competitive thanks to school choice.

But Spells says he has a plan.

His new district, SBCSC, is the fifth largest in the state.

So Spells anticipates quite a few challenges are ahead of this urban school corporation.

“I’ve worked in a lot of districts with high poverty, I grew up poor, so I understand the dynamics of poverty,” he said. “So we have to provide the tools that make students successful and we’re going to do that on a daily basis.”

Spells believes that understanding for students and open communication with staff and families will be key in turning around the district.

“Again, we want to build something special here and we are going to be able to do that,” he said.