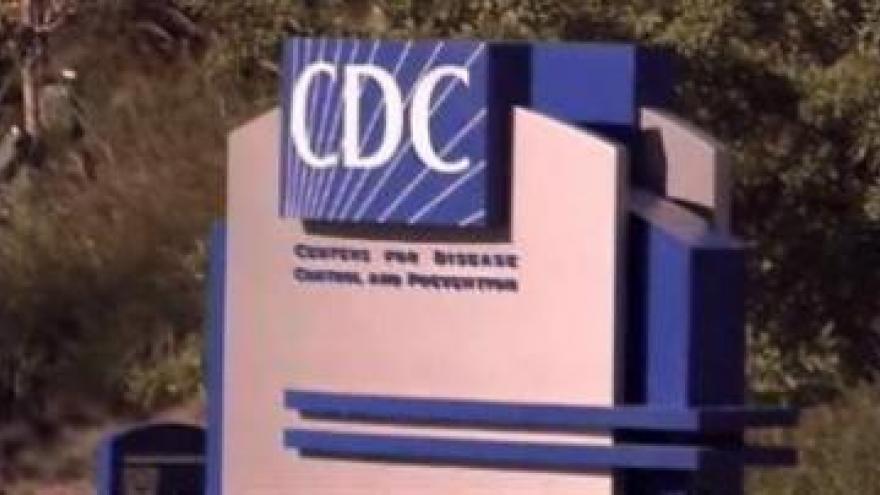 (CNN) -- In 2016, Americans were infected with more than 2 million new cases of gonorrhea, syphilis and chlamydia, the highest number of these sexually transmitted diseases ever reported, the Centers for Disease Control and Prevention said Tuesday.

"Clearly we need to reverse this disturbing trend," said Dr. Gail Bolan, director of CDC's Division of STD Prevention. "The CDC cannot do this alone and we need every community in America to be aware that this risk is out there and help educate their citizens on how to avoid it."

The agency's annual Sexually Transmitted Disease Surveillance Report shows that more than 1.6 million of the new cases were from chlamydia, 470,000 were from gonorrhea and nearly 28,000 cases were primary and secondary syphilis, the most infectious stages of the disease, according to the CDC. While all of these can be cured by antibiotics, many people go undiagnosed and untreated.

Only those three STDs and HIV are required by law to be reported to the CDC by physicians. When you include herpes and more of the dozens of diseases which can be transmitted sexually but which are not tracked, the CDC estimates there are more than 20 million new cases of STDs in the United States each year. At least half occur in young people ages 15 to 24.

"STDs are out of control with enormous health implications for Americans," said David Harvey, executive director of the National Coalition of STD Directors. The coalition represents state, local and territorial health departments who focus on preventing STDs.

"If not treated, gonorrhea, chlamydia and syphilis can have serious consequences, such as infertility, neurological issues, and an increased risk for HIV," said Harvey.

Gonorrhea is another bacterial STD that can be silent, but often displays symptoms such as burning during urination and vaginal or penile discharge. If caught anally, it can create itching, bleeding and painful bowel movements. If not treated, gonorrhea can cause severe and permanent health problems, including long-term pain and infertility.

Syphilis is the most serious bacterial STD. Left untreated, syphilis can affect the brain, heart and other organs of the body, ultimately leading to death. It's called the "Great Pretender," because the symptoms of syphilis which include rashes and chancres, or sores, fever, swollen lymph glands, sore throat, headaches, muscles aches and fatigue, mimic other diseases. As the disease progresses, the symptoms go away, and progress silently to it's most deadly stage.

At one point, the United States had all but eliminated syphilis, turning it into a "disease of the past," said Bolan.

"Back in the '40s, the advent of penicillin, which is quite effective against syphilis, allowed us to dramatically reduce cases," she added. "I remember a professor in medical school explaining what it was to us but then said 'You'll never see it.' "

However, the new data show that rates of this potentially deadly disease increased almost 18% between 2015 and 2016, with most of the cases in men who have sex with men. There was also a rise of the disease among women who pass it on to their newborns. There were 628 cases of congenital syphilis among newborns reported in 2016, with more than 40 deaths and severe health complications among the babies who survived.

"For the first time in many years, we are now seeing more cases of babies born with congenital syphilis than babies born with HIV," said Harvey. "It means that women are not getting access to prenatal care, testing and treatment for syphilis. It's an unconscionable situation in America today."

"This is a completely preventable problem," agreed Bolan. "Every baby born with syphilis represents a tragic public health system failure. All it takes is a simple STD test and antibiotic treatment to prevent this tragedy from occurring."

Bolan and Harvey both point to funding deficits as a huge part of the reason STDs are on the rise.

"Several factors are fueling the STD epidemic," Harvey said. "Funding cutbacks for prevention, education and healthcare programs, an on-going debate about sex education for young people, with cutbacks in that arena, particularly from this administration, and a rise in social media dating apps have all contributed to the rise."

Another reason is the lack of symptoms for these diseases and a failure of practitioners to educate their patients on what to look for. To counter the problem, the CDC has recently published a provider guide for physicians and is creating a network of clinical training centers for doctors.

"The fact that so many of these diseases are asymptomatic, which few tell-tale signals, mean that men and women aren't getting into their doctor to be tested," said Bolan. "We need to get the word out that everyone needs a yearly checkup. And we need to re-educate physicians to look for signs of such 'ancient' diseases as syphilis."

But an even bigger issue to overcome, Harvey said, is the embarrassment of having an STD.

"Unfortunately, STDs carry enormous stigma in this country, and it's hard for people to come forward for treatment," said Harvey. "Ironically, HIV is an STD, but we have a very visible community who advocates and works to tell stories about the impact of HIV on people's lives. We don't have that going for us with gonorrhea, syphilis and chlamydia. We need a network of voices that say it's OK to get help."