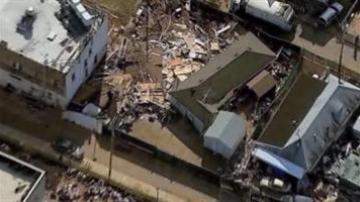 There's no rest for the weary.

Yet another storm is headed for the U.S. It's expected to hit along the East Coast as soon as Wednesday night.

Preps are underway in New York City. Officials are urging residents in the lowest lying areas to move out of the storm’s path.

Beginning at noon Wednesday, parks, playgrounds and beaches are expected to close for 24 hours.

Nearly a million people are still in the dark and now the fear is that those who just got their power back, may lose it

Officials said the new storm could cause a tidal surge of 2-4 1/2 feet when it peaks. It's just enough to cause flooding.