NOW: New study shows an increase in Tornadoes in the Midwest and Deep South

A study in Nature Partner Journals (NPJ) of Climate and Atmospheric science shows a shift in where tornadoes are happening and possibly likely to happen in the future.

Meaning the number of tornadoes annually has not changed, but where they are happening has observably changed. The study was conducted to look at possible severe weather impacts due to climate change. It looked at tornado reports and a proxy, Significant Tornado Parameter (STP) that measures tornadic environment, from 1979 to 2017.

The paper makes a good argument that tornado reports and STP can be used to predict a changing trend in tornado frequency and location over long term climate trends. 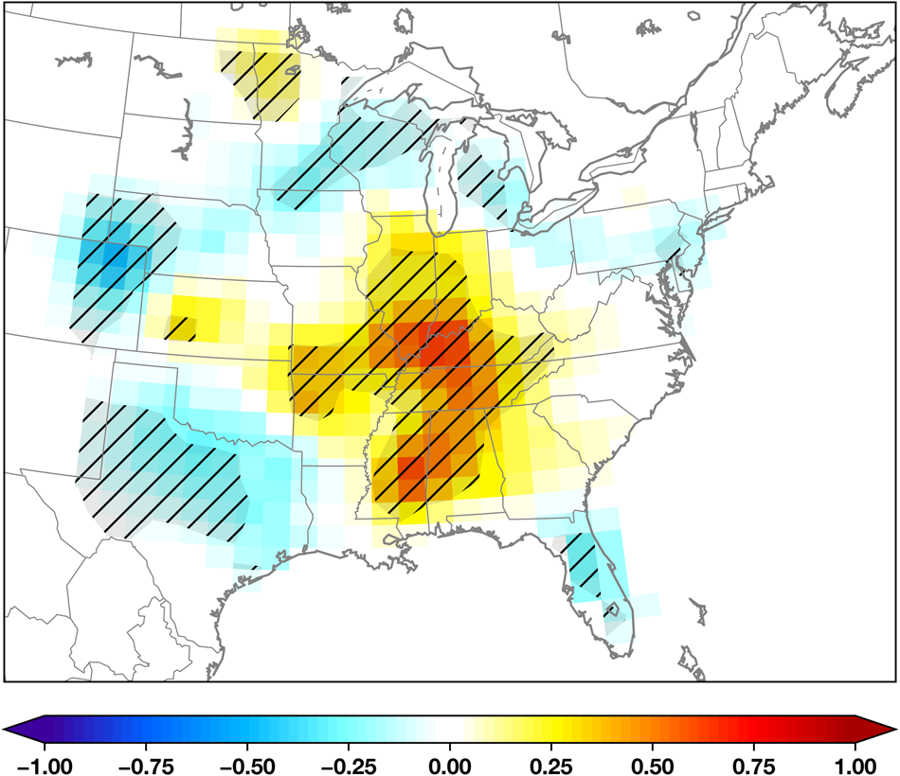 Areas in red show an increase, blue a decrease on both plots. 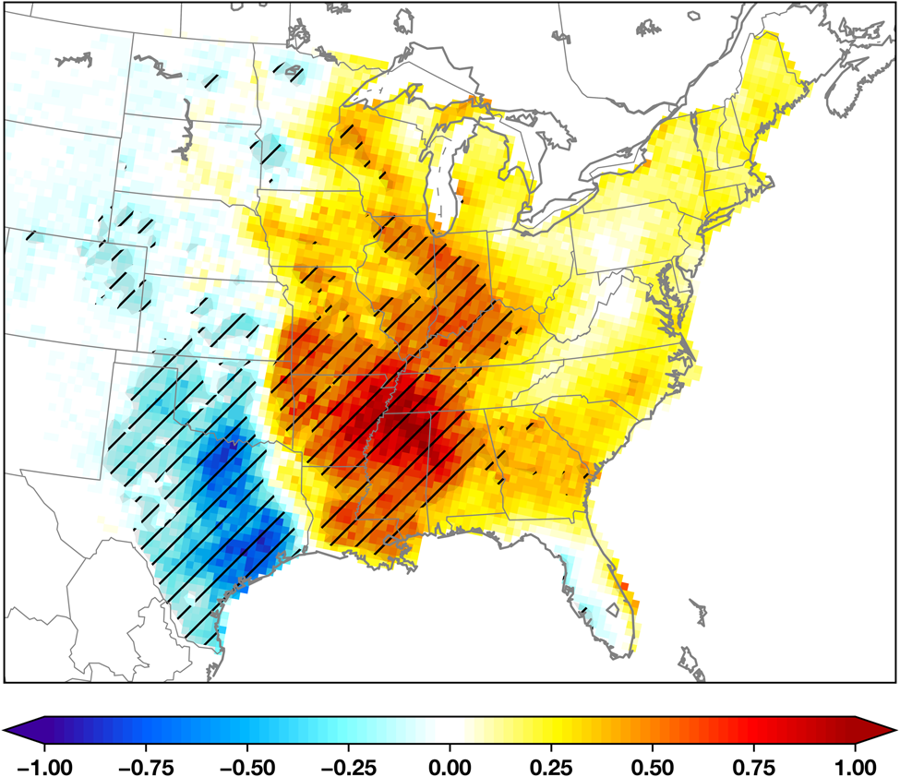 No major conclusions were made but the paper stresses the importance to monitor the trend.

“At this point, it is unclear whether the observed trends in tornado environment and report frequency are due to natural variability or being altered by anthropogenic forcing on the climate system.”

The study also notes limitations, one being a data set only possible since the late 70s, the modern weather satellite data era.

If this trend is proven with further study it would confirm a increasing tornado risk for more populated areas of the country and could be linked to climate change as conditions for tornadoes grows as the climate warms.