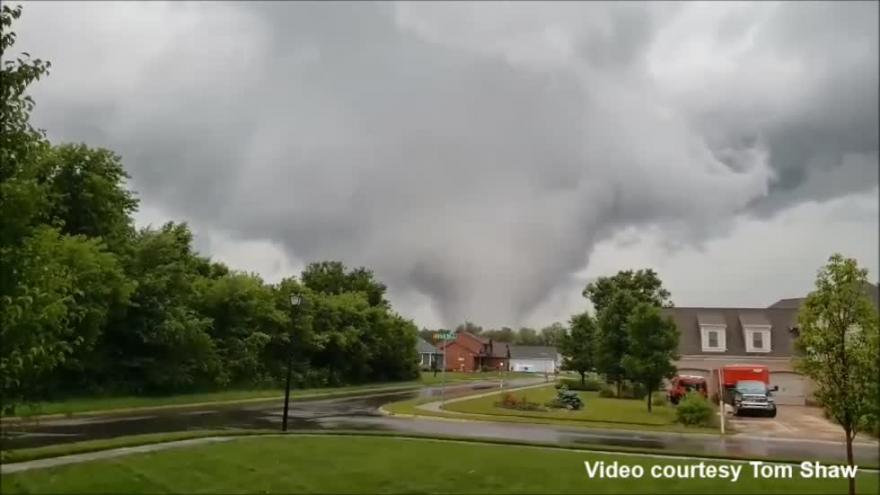 June 23, 2019 will go down in South Bend history as one of the most active weather days the city has seen. Two tornadoes touched down within minutes of each other.

The first tornado was weak, but still caused damage along Hawthorne Trail in St. Joseph County. It received a rating of EF-0 with maximum winds of 65-70 mph. It touched down at 8:32 p.m. and lifted at 8:36 p.m. 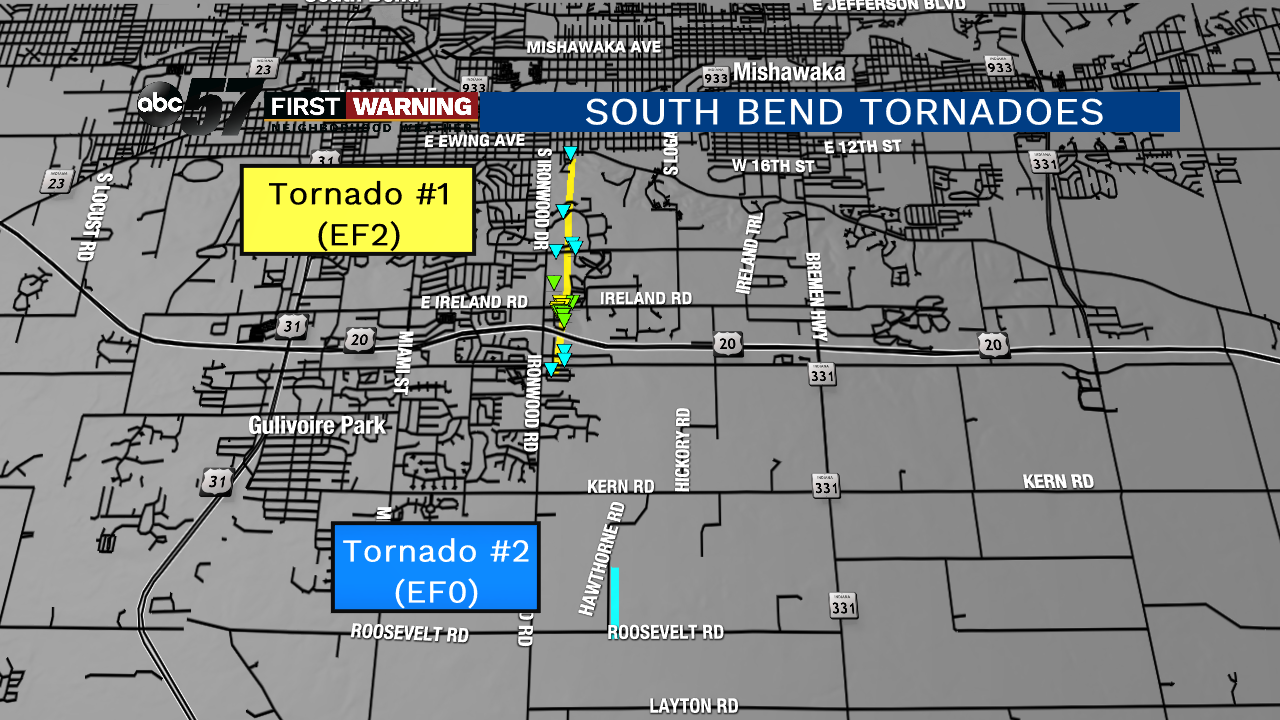 Paths of both tornadoes on June 23rd. NWS
The second tornado touched down at 8:38 p.m., was on the ground for ten minutes and received a rating of EF-2. Maximum winds were estimated to be 115-125 mph.

WARNING: Video has language that some might find offensive.

It's that larger tornado that destroyed the Growing Kids Learning Center on Ireland Road in South Bend. It also caused damage to nearby homes, trees and the Irish Hills Apartments complex.

The video above shows a new perspective of that tornado as it moved across the far southeast side of South Bend. In it you can see the sheer force of the tornado as it pushes trees nearly horizontal.

Many trees were snapped or uprooted, which the video shows. Branches were ripped off of numerous trees and sent flying.

These tornadoes weren't the only tornado-related news out of the county this week. The National Weather Service confirmed a funnel cloud near Crumstown in rural St. Joseph County on Tuesday, June 25th.