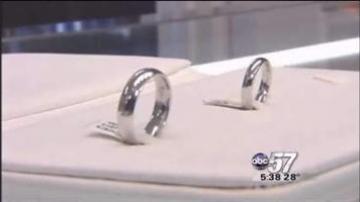 NEW YORK, N.Y. -- This story shocked a lot of people who now say justice has been served.

Two years ago, a New York woman told people she had terminal leukemia, and she wanted to make her dream wedding come true.

Now her lies are catching up with her.

Prosecutors say she pretended she had cancer in order to score her dream wedding and honeymoon.

She even went as far as to shave her head and even her own now ex-husband, believed her.