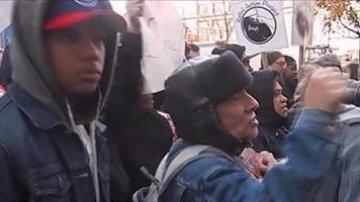 Workers gathered outside fast food chains on Thursday. They're asking McDonald's, Burger King, KFC and Taco Bell to give them a raise and the right to unionize.

One KFC cashier said she makes $7.75 an hour and she's been working there for eight years.

Her pay is just 50 cents above the New York state minimum wage. The median wage for a fast food worker in New York is $9 an hour.

Protesters are asking for $15 an hour.