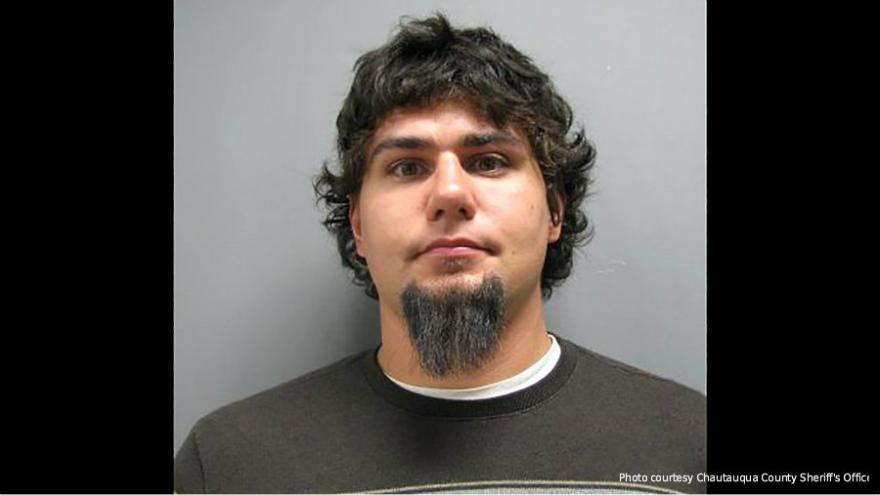 (CNN) -- A woman walking her dogs near her western New York home was fatally shot Wednesday by a man who told police he mistook her for a deer.

Rosemary Billquist, 43, was hit by a bullet from a single-shot pistol fired by neighbor Thomas B. Jadlowski, said Sgt. Josh Ostrander of the Chautauqua County Sheriff's Office.

Jadlowski told investigators he was 200 yards from the victim when he fired.

When Jadlowski realized his grave mistake, he called 911.

Billquist was taken from the town of Sherman to a hospital in Pennsylvania where she was pronounced dead. Jadlowski, who has cooperated with authorities, has not been charged with a crime.

Jadlowski was emotional after the shooting, the sergeant said.

"I think he was in shock and disbelief. He was definitely having a hard time," he said.

The woman's widower told CNN that "she was an amazing person that would do anything for anyone."

She worked at a hospital in Jamestown for 25 years and volunteered at hospices and homes for the elderly, he said.

"I will miss you and love you forever and I know you're dancing in heaven with your momma and all of our friends and family that we have lost," he wrote on Facebook.

Ostrander said it was his understanding that Rosemary Billquist was probably on a neighbor's property when she was shot, apparently after sundown.

"It's the responsibility of the hunter, you have to know when sunset is," Sheriff Joe Gerace told CNN affiliate WIVB, "and plan your day so you can get out of woods before that time."

The criminal investigation into the shooting is ongoing, Ostrander said. The state Department of Environmental Conservation is involved because the shooting is considered hunting related.

Sherman is a rural town of about 1,600 people and is 60 miles southwest of Buffalo.