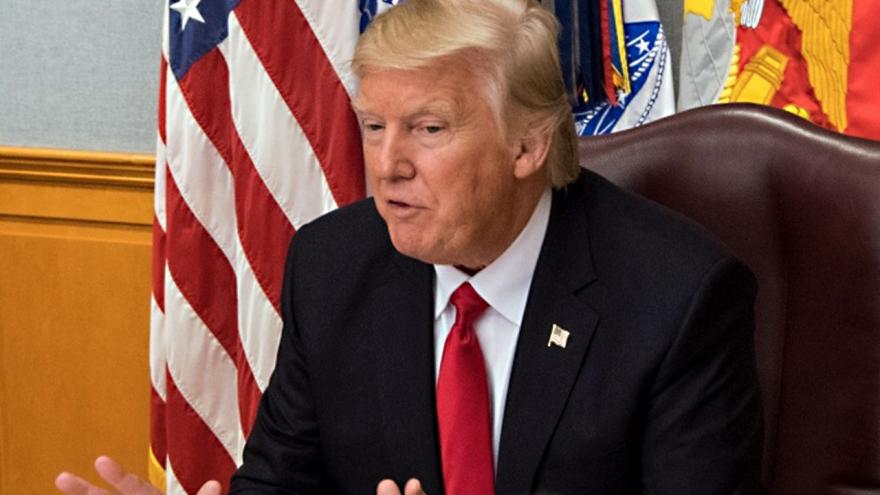 WASHINGTON D.C. -- The Trump Administration looks to roll back another Obama-era environmental policy.

The 2015 rule gives the government authority to ensure major bodies of water are pollution free.

In an executive order earlier this year, the president required the EPA to ensure the rule does not hurt the economy.

Some farmers said the rule restricted how they could use their land.

"What we endeavor to do is to provide clarity by withdrawing the 2015 rule, revert back to 2008, the standard that was adopted in 2008 -- the standard that was adopted in 2008 through some guidance in that time frame and then have a proposed rule on a replacement to the 2015 rule by the end of this year or the first quarter of next year at the latest," said Pruitt.

One democratic senator on the environment and public works committee called Tuesday’s move a "dangerous actions to undermine the basic clean air and clean water protections that every American relies on."

However, local politicians had a different reaction.

Congressman Jim Banks of Indiana’s third district said in a statement, “I applaud the Administration’s move to rescind this burdensome regulation that would create heavy compliance costs for Hoosier farmers and landowners. WOTUS is a major overstep by the federal government, and I am pleased to see that the Administration is acting to withdraw this rule.”

Michigan's sixth district congressman, Fred Upton, also applauded the move. "This is a big win for farmers and rural communities here in Southwest Michigan. I have joined my colleagues on both sides of the aisle here in Congress on several different occasions in standing against this ill-advised government overreach. And in fact just today I met with blueberry farmers from Paw Paw and South Haven where we discussed the need for a resolution to this problem. I applaud the EPA and the Trump administration for ditching this harmful rule once and for all,” said Upton.

CNN writers contributed to this article.