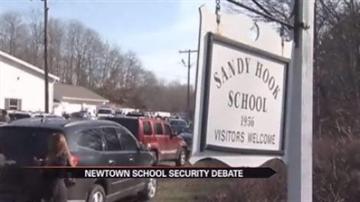 About 45,000 residents voted on Newtown's budget, a town that suffered through the nation's worst school shooting.

The budget included about $620,000 for security officers inside schools but it fell short by about 480 votes.

The town is also pushing to get some federal grants to help with the expenses of December's mass shooting.