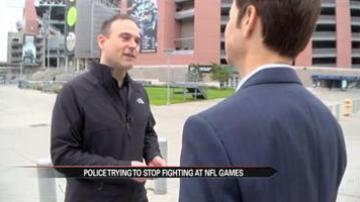 SEATTLE, Wash. --- NFL fans that are looking to take part in more than just watching the game may be in for a big surprise.

In Seattle, Police are going undercover to try to stop fighting in the stands.

During Sunday's Seahawks game, undercover police will be in the stands.

It's part of a sting operation for many NFL teams.

"Officers will be dressed in the visiting team's colors acting as bait for would be hooligans.  And as a deterrent," said Sean Whitcomb from the Seattle Police Department.

Police hope this will keep people on their best behavior.

If fans are caught fighting, they will be kicked out and forced to take a four hour online course before they are allowed to buy a ticket to another game.