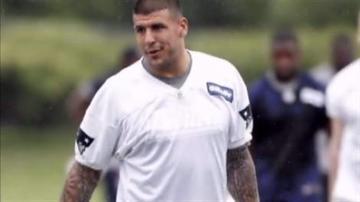 MIAMI — A murder investigation linked to a New England Patriot player is rocking the NFL.

Police say the body was discovered in a park just one mile from where the player lived.

"I think he's a great player, I think the kids look up to him. I just hope he's not involved in this," said neighbor Jill Cambridge.

Sources say Hernandez did not cooperate at first but apparently is talking now.

He has not been named a suspect.