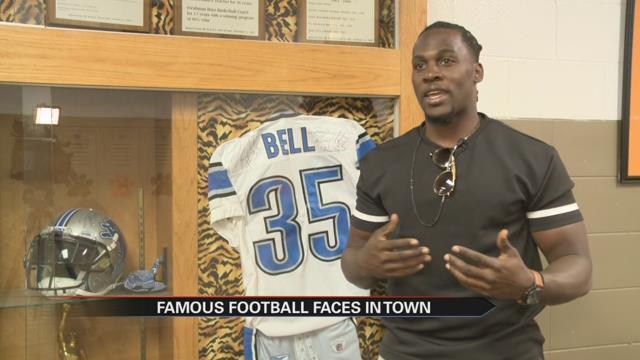 Some famous faces are coming to Benton Harbor for a football and cheer camp this weekend.

Former Detroit Lion and current free agent Joique Bell, who is also a Benton Harbor native, is hosting it.

NFL players Reggie Bush and Theo Riddick will also be there.

A celebrity vs student basketball game will be held Friday night at Benton Harbor High School. Tickets are $10 at the door.

The Football Camp will be held at 9 a.m. Saturday at the Fieldstrip Field at Benton Harbor High School.

The Cheer/Dance Camp will start at 9 a.m. Saturday at the Renaissance Athletic Club.

Proceeds from the Cheer Camp will go to the Denise Bohn Memorial.

She and Bell became good friends when he started hosting the game.