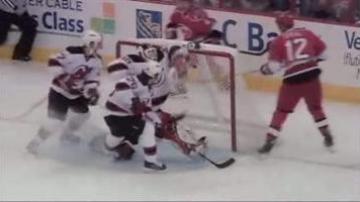 The NHL can celled the rest of the 2012 preseason because of the lockout.

The league announced the move Thursday. The owners locked out players on earlier this  month when the collective bargaining agreement expired.

The NHL had already called off all the preseason games scheduled in September. The regular season is supposed to begin on Oct. 11.

Talks are set to continue Friday.