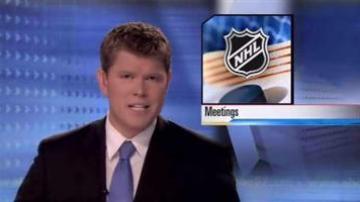 Last year, it was football and basketball. This year, it appears another professional sports league appears to be heading toward another lockout.

Union representatives for NHL players met with league officials on Thursday but those talks did not continue on Friday.

The NHL commissioner promised to lock players out effective Saturday.

This would be the NHL's fourth work stoppage since 1992.

The current contract expires at midnight on Saturday.

Training camps are set up to open Sept. 21.