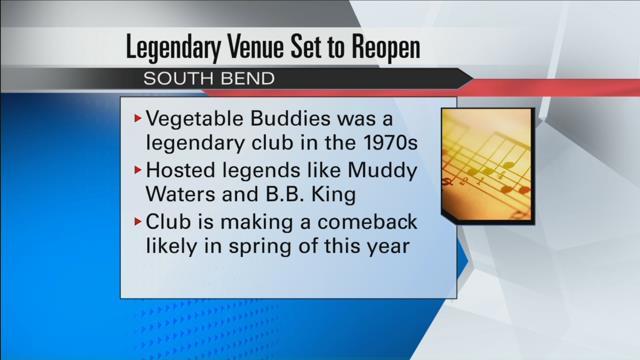 According to Flavor 5-7-4, a local musician and real estate developer is launching a music venue at the space at 129 North Michigan Street.

The club, known as Vegetable Buddies, served primarily as a music venue in its time hosting legends like Muddy Waters and B.B. King back in the 1970's until it was closed down in the 80's.

The space was then operated as Trio's Restaurant and Jazz Club from 2007 until 2014.

At the hands of a new owner, the club is being renovated while he is working with the state to gather a firm timeline on the official opening.

Flavor 574 says the owner has constructed a new main stage and taken down a wall so far.