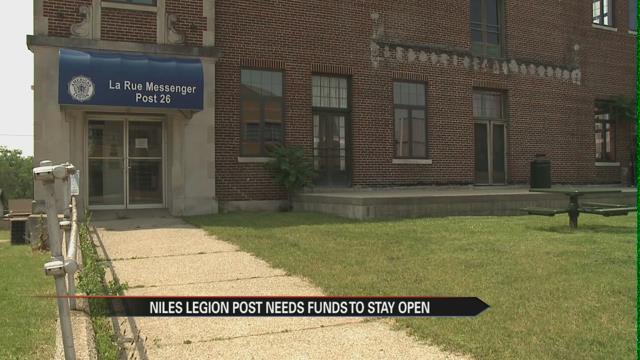 The American Legion Post 26 in Niles is asking for the community's help.

As financial troubles worsen, the post is bracing for the possibility it may soon close down to move to another location.

The annual $35 membership fee paid by more than 200 members is not enough to pay the bills. And its main source of income is no longer reliable.

“Our main income right now is Bingo. And last night was our Bingo night and we didn't even play because we did not have enough players, so that's the way it's been so far this year,” said American Legion Post Commander John Sly.

He said money trouble is also the result of a more than $20,000 purchase the post made last June, to bring a traveling replica of the Vietnam Veterans Wall to Niles.

“Part of me is kind of regretting spending the money. But yet I'd do it over again,” Sly said.

He said the post serves as an important role in the lives of local veterans.

“You can go and talk and everybody understands somewhat what you went through, because they were there too,” Sly explained.

So he can't bear to see it close down and worries about how this could impact the community.

“Not knowing how much we'll be able to help the veterans if we do lose the post,” Sly said.

They will also hold a car wash June 20th between 9am-5pm at the Advance Auto in Niles.
Share this article: