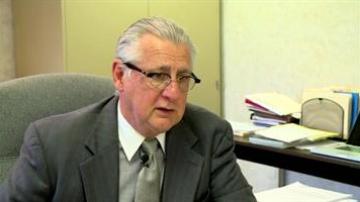 NILES, Mich. -- Niles Community Schools has suspended an administrator while the State Teacher Tenure Commission investigates charges made against her.

Interim Superintendent Dr. Michael Lindley was recently asked to step in for the next 15 months.

Lindley has 40 years experience as a teacher and administrator. He says he has seen it all.

Just this week a school administrator was suspended with pay while the state's teacher tenure commission investigates charges made against her.

"There were some allegations made and a subsequent investigation and last night the board for the first time heard the results of that investigation," said Lindley.

The board decided to pursue tenure charges against Amy Scott.

We worked to get our hands on the specifics of those charges, but we were told they won't be released for a few days.

Even then her attorney could block it.

"Her attorney could seek a court order. If there's a court order blocking the release, then we cannot release the actual charges," said Lindley.

As an administrator Lindley is also dealing with a vacancy on the board and class requirements.