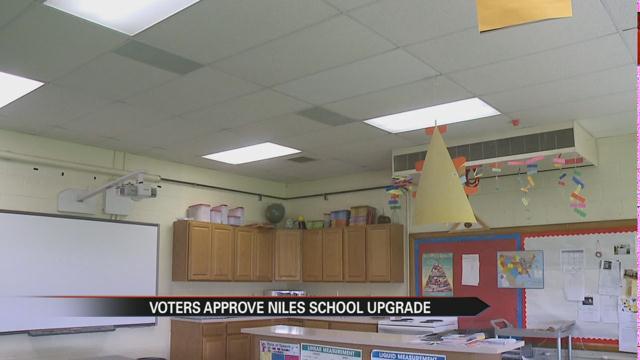 School officials are grateful and less than 24 hours later, are already laying out the major changes they'd like to see at area schools.

Upgraded technology and structural remodeling are just a couple changes on the long to do list these approved bonds would fund.

Many schools will be upgraded including Southside.

“Our floors will be replaced, currently they are asbestos tiles,” said Melissa Troup, Assistant Principal of Southside School.

Southside School, with special needs students, is not up-to-date, according to administrators.

But thanks to Tuesday's “yes” vote of bonds totaling $40 million, repairs are on the way.

“We would be able to refresh every classroom for every learner in a 21st century environment despite the fact that our building are 50 to 70 years old,” said Superintendent Michael Lindley.

The district is also planning on closing schools to save costs.

By this time next year, James Ellis Elementary will be one of several schools closed.

The plan is to save money by expanding Howard Primary School just down the road.

A total of 700 students will be enrolled in Howard once Ellis closes for good.

The question is, what happens to the administrative staff in these buildings?

“Maybe sell some property and use that money to build an administration center that will fill our needs,” said Lindley.

Taxpayers will help pay $3.8 million for these changes.

An expense the district says is well worth it.

“The average taxpayer when you look at the average price of the home will pay about $15 a month extra over about what they're paying today," said Lindley. "Some people say the price of a pizza and look what our kids get for that.”