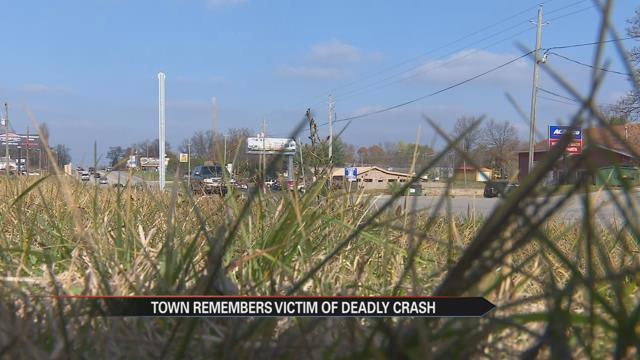 A small neighborhood in Niles Township is mourning the loss of a woman who was hit and killed by a semi while she crossed the road Tuesday night.

“I think it was a shock to all of us,” neighbor Frances, who didn’t want to give her last name, said.

It was a shock to the small community living inside Stephen’s Motel on South 11th Street in Niles Twp.

“I mean, I woke up this morning kind of saying, ‘I was dreaming that last night?’” neighbor Robert Textor said. “Or did that happen?”

What did happen was a semi-truck traveling south down M-51 hit and killed 71-year-old Connie Brown as she crossed the street just before 9 p.m. Tuesday.

Since this story aired, Brown's family has established a gofundme account to raise money for her funeral expenses.

In the gofundme description, it reads, "In lieu of flowers the family is asking for donations to be made to help pay for the final expenses since [Connie] had no insurance and the funeral home will not do anything without the money up front."

It's also mentioned on the gofundme page that a celebration of life will be held Monday, Nov. 21 at 5 p.m. at the Three Oaks American Legion.

We don’t have any pictures of her, but friends say she lived in a room at Stephen’s Motel for the last few years; one of a handful of full-time residents.

The motel is a mini neighborhood where Brown was known well.

“She was known for going around, hanging stuff on people’s doors,” Textor said. “Leftover food and stuff. She’d always leave something hanging on your door.”

Her daily routine, according to friends, included a trip across the street to J & B Party Store where she’d return empty bottles and pick up her favorite beer.

“She’d just grab a beer,” store employee Lucy Anderson said. “We’d talk about the weather; how things are going for her. Of course, she always asked me how me and my kids were doing. I told her [they were] great. She was a very sweet lady.”

Monday evening, Brown’s adult son arrived at the scene to mourn the loss of his mom.

He said, off-camera, that his mom had long battled alcoholism, and she made her daily trips across the street to the liquor store to fulfill her addiction.

Police say she was dressed in dark clothes at the time of the accident.

Her friends say street lights are needed on the stretch of road.

“There should be more [lights],” Textor said. “I mean, cause it’s dark out there. I mean, usually when I go, if I go at night time to walk across there, I got a little flashlight and I’ll shine that flashlight so somebody sees I’m walking across the street.”

A representative from the Michigan Department of Transportation said, according to state law, MDOT is only allowed to install street lighting on freeways. Local governments are responsible for installing and paying for their own street lights.

The Niles Twp. supervisor said in a phone call late Wednesday afternoon that, in wake of this accident, he and his board plan to discuss lighting possibilities for South 11th Street at their next meeting.

That meeting will take place on Monday, November 21, at 7 p.m. at the Niles Twp. Hall.