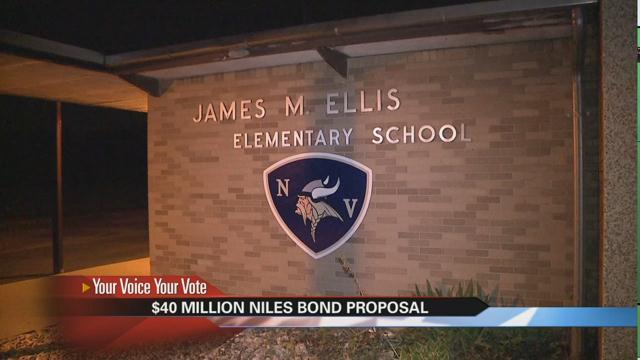 When voters head to the polls Tuesday in Niles they will be deciding on bond proposals that could mean major changes to area schools.

You may have seen the signs in people's yards for "Bond 2015," as it is being called. It's a set of 2 bonds being requested by Niles community schools focused on improving some current buildings, but also getting rid of others.

If voters say yes, Ellis elementary school will close along with the Cedar Lane alternative high school and the west side administration center. Officials say they are outdated.

A yes vote will also mean $40 million in improvements to schools in the area through 2018.

That includes building improvements to 8 school structures, technology upgrades like new PA and phone systems, and new security and safety features like improved lighting and alarms.

According to Niles schools, their goal in all of this is to improve the overall quality, energy efficiency and safety of their schools while also best serving the enrollment needs of almost 4000 students.

They believe that will ultimately save you money when it comes to tax dollars.

But for this to work, property tax would rise. If you owned a home priced at $100,000 you would have to pay an additional $144 annually for the first bond. The second would add on $50.

The election will be held May 5.