Niles woman giving a gift of love to her father 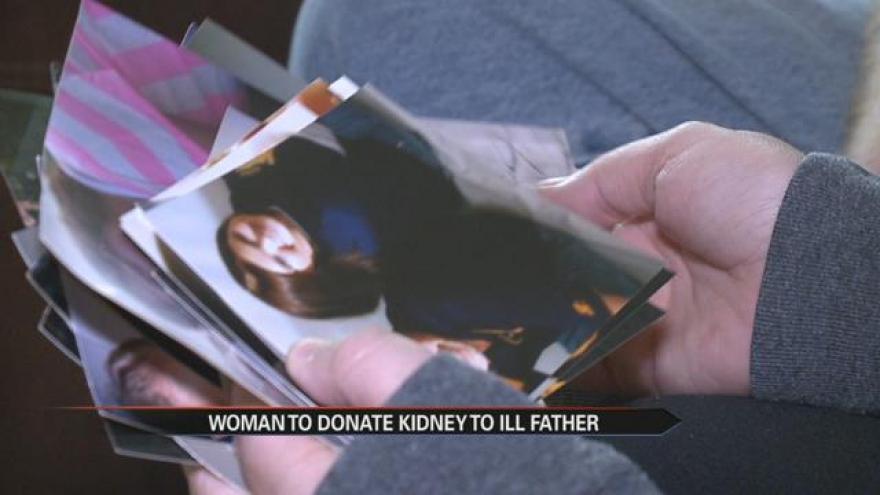 Valentine's Day may have already passed but one Niles family is sharing in a gift of love. 27-year-old Amanda Mood's labor of love will let her father continue to be an influence in not only her life but the life of her children.

“It was my senior year of high school and my dad had a stroke,” Moody said of her father Ed Robinson.

Robinson has dealt with diabetes since he was 21 years old. Now 55-years-old, the diabetes has caused him to have other complications.

“I’m in the end stages of renal disease. I’m probably going to have to go on dialysis unless I have a donor,” Robinson said.

Moody realized how serious her father's condition is so she decided to get tested to see if she could be a donor.

“I’ve always wanted to protect her and watch out for her and here she is doing it for me,” Robinson said.

To their surprise, she was a perfect match. “It came back that I was a match. I went for more testing, it came back a match,” Moody said.

Moody will donate one of her kidneys to her father in the coming months. “I have two kids and I want them to have a relationship with him and now they’ll have that,” she added.

Right now the two do not have a set surgery date but they are hoping to have surgery done within the next two months. Recovery time for Moody will be between six to eight weeks and she will have to be out of work. Recovery for her father will be even longer, as he will have to then be put on new medications following surgery.

A GoFundMe account has been set up to help Moody offset the costs of being off work for surgery.