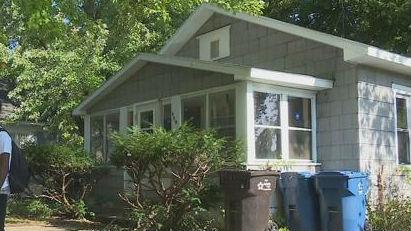 Four police officers responded to a home in the 900 block of Pavone Street after hearing reports of someone being held at gunpoint.

When police arrived, there was no one being held at gunpoint.

However, police say 28-year-old Darius Wimberly was riding past the home on a bicycle when he began shooting in the direction of the home and police officers who were standing outside the front door.

Police say the person that Darius Wimberly was targeting in the shooting was not home. Nine other people were inside at the time of the shooting, however.

Police also say there were two total incidents that happened that Tuesday, one happened earlier in the morning and the other was the shooting itself. But investigators will not give details on the first incident.

Police have not mentioned where the initial 911 call came from but have confirmed that the call did not come from the home that officers were dispatched to.