No federal charges against officers in Alton Sterling death 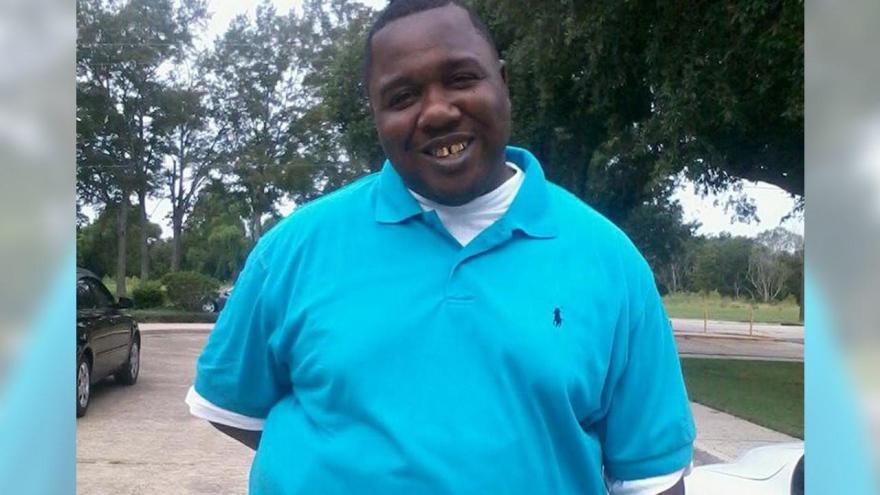 (CNN) -- Ten months after Alton Sterling was killed by Baton Rouge police while pinned to the ground, the Department of Justice announced no federal civil rights charges will be filed against the two officers at the scene.

But that doesn't mean officers Blane Salamoni and Howie Lake II may not face prosecution. Now that the federal inquiry is over, Louisiana Attorney General Jeff Landry said that state police will now investigate whether state criminal charges should be filed.

"I have assigned a prosecutor from the Louisiana Department of Justice to assist," Landry said Wednesday.

Sterling, 37, was killed by police in Baton Rouge in July 2016. Cellphone video showed Sterling was pinned to the ground before he was shot, but police said he was reaching for a gun.

There were some revelations in the Justice Department's announcement. One new detail: The officer who eventually shot Sterling first put a gun to his head when Sterling didn't comply with orders to put his hands on the hood of a car on the night of July 5.

Video shows the officers put their hands on Sterling after he refused their order and struggled with them.

Salamoni then pulled his gun.

Authorities, citing the ongoing investigation, would not comment any further on the case.

After the news conference, Alton Sterling's aunt's emotions burst out, according to CNN affiliates WAFB and WBRZ.

"The most important thing is it shows the mindset of Officer Salamoni," he told CNN.

"I was not a part of that conversation the Sterling family had," he said Wednesday evening. "The US attorney did allude to the officer's behavior not being appropriate."

"If it did happen, then the feds knew about it," McLindon said. "If it's on video or audio, they have it. And they used two separate expert witnesses on use of force. Both of them reached the same conclusion -- that it was not criminal behavior. If it did happen, it did not rise to the level of criminal conduct."

The DOJ announcement also says that after the officer -- responding to a 911 call about a man with a gun -- confronted Sterling with his service pistol, the suspect put his hands on the car hood. When Sterling took his hands off the hood, Lake tasered him and both officers tackled Sterling and took him to the ground.

Among the other things we learned Wednesday:

• The Justice Department identified Sterling's gun as a .38 caliber revolver, with six rounds in it.

• While two videos showing the incident have been released publicly, there are four other videos in evidence: two body camera recordings, one from a store surveillance camera, and one from the dashboard camera in a patrol car.

• Lake twice used his Taser on Sterling before the scuffle.

Federal prosecutors concluded there is not enough evidence to support civil rights charges against either officer.

"We would have to prove, beyond a reasonable doubt, that Officer Salamoni did not believe that Mr. Sterling was actually going for a gun ... and that he simply decided to shoot him," said Corey Amundson, acting US attorney for the Middle District of Louisiana.

Several of Sterling's relatives wept after the DOJ told the family no federal charges will be filed. But Stewart said he thinks the state will find reason to charge the officers.

"It has drastically changed the lives of all those personally connected and has indirectly affected so many more. While Officer Lake is certainly relieved by the conclusion reached by the United States Department of Justice, he is aware that this investigation is now in the hands of the Attorney General for the State of Louisiana," he said. Accordingly, he will continue to refrain from publicly commenting on the facts of the case."

McLindon said he agreed with the Justice Department's decision "100%" and will contact the Louisiana attorney general on Thursday about cooperating with the next investigation.

Shot on the ground

The killing gripped the nation because two bystander videos, each less than a minute long, captured Sterling's struggle with the two officers.

Sterling's fatal encounter with police started when he was standing outside the convenience store where he frequently sold CDs and DVDs. Someone called 911 to report a man outside the store with a gun.

Video -- which apparently begins after Salamoni pointing his gun -- shows an officer rushing Sterling and pulling him to the ground. The other officer helps restrain Sterling. Someone shouts, "He's got a gun!"

Police eventually manage to pin Sterling to the ground, with one officer straddling him. In one video, an officer draws something from his waistband and points it at Sterling. As the camera turns away, more yelling ensues, followed by several loud bangs.

Afterward, the camera captures Sterling with a large bloodstain on his chest as an officer on the ground next to him keeps his gun pointed at Sterling.

As Sterling lies fatally wounded, the other officer removes something from Sterling's right pocket.