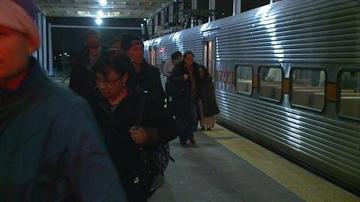 SOUTH BEND, Ind. – The Northern Indiana Commuter Transportation District Board has approved a plan that will raise ticket prices and ask military personnel to shell out a few bucks to ride the rails.

The ticket price increase will be 5 percent, rounded to the nearest quarter.

For South Bend riders looking to ride to the end of the line in downtown Chicago, it would be an increase of 60 cents one-way.

The biggest increase in cost will be to a single group of riders, active duty military personnel. Starting February 15, they will pay to ride; purchasing tickets at half-price.

The increases are expected to bring in more than $800,000 in revenue for the Northern Indiana Commuter Transportation District.

The veteran’s argument is based on the fact that active duty personnel are already putting their lives on the line defending the freedoms we enjoy.

Some even going so far as to speculate that ridership would increase if veterans knew they could travel to Chicago and back, at a reduced rate, even if their family would have to pay full price; something several said they would be willing to do.

As of Tuesday afternoon, officials were too busy with union negotiations to provide a comment. We were also told their media liaison was out of town.