No increase in Social Security payments in 2016 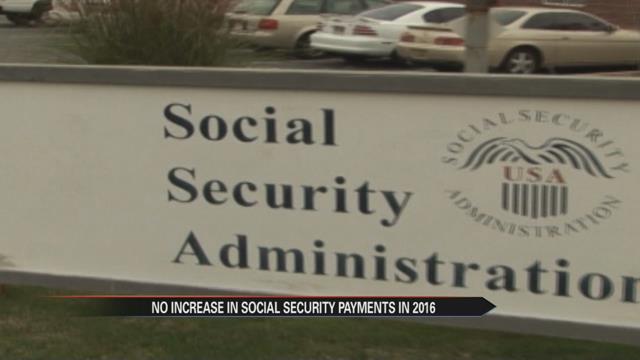 Each year millions of Americans receive social security benefits but low inflation, thanks in part, to low gas prices are now hurting a fifth of our population who survive on fixed incomes.

Since 1975 those on fixed incomes have relied on social security  and with the exception of 2010 and 2011,social security has always provided automatic cost of living adjustments, usually increases, until now

Over the past year, low inflation numbers and sharp decreases in gas prices have contributed to better numbers in our economy.

But for retired and disabled Americans that rely on social security, news that for the third time in 40 years, those receiving social security benefits won’t get an annual raise isn’t exactly a good number.

It’s the third time in six years that those who benefit from social security will have to look elsewhere for more income.

The cost of living adjustment or COLA is calculated by a government measured inflation index that some argue is generalized towards younger, working Americans without taking note of retirees who may have to spend more on medical costs and also who drive less.

If you are one of those people affected by this news the Food Bank of Northern Indiana just launched a new monthly commodity supplemental food program for eligible seniors in Elkhart County.

Across other counties Real Services provides community based programs such as Meals on Wheels.