No snow, no business 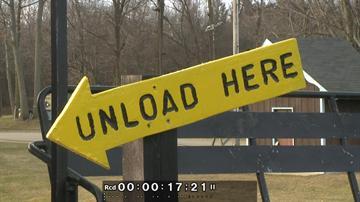 JONES, MICHIGAN -- While many Michiana residents were happy there was not a white Christmas, the owner of Swiss Valley Ski Resort in Jones, Michigan says the lack of snow is keeping him from smiling.  In December last year Swiss Valley was covered in snow.

"Yeah, we had too much snow last year," said General Manager Jim Wiseman.

Wiseman says the lack of snow so far this year is putting a damper on the resort's revenue.

"We got bills to pay and none of those are paid yet, haha," said Wiseman.

Wiseman says there are only 60 to 70 good business days for skiing in the Midwest and the resort is missing out on them.

"Actually we should be in about our 20th day by now," said Wiseman.

He says on a good day at the slopes there are as many as 2,000 people skiing, snowboarding, and sledding.  But with the course absolutely empty, 150 employees at the resort are out of work.  He says even if the winter starts later and lasts longer, Swiss Valley will not be able to make up the revenue.

"You only got so many days to make the money. Each day is lost. It isn't like you'll extend the season. After the 15th of March, people don't come," said Wiseman.

So all he can do now is pray the snow comes soon so he can put his employees back to work on the slopes.