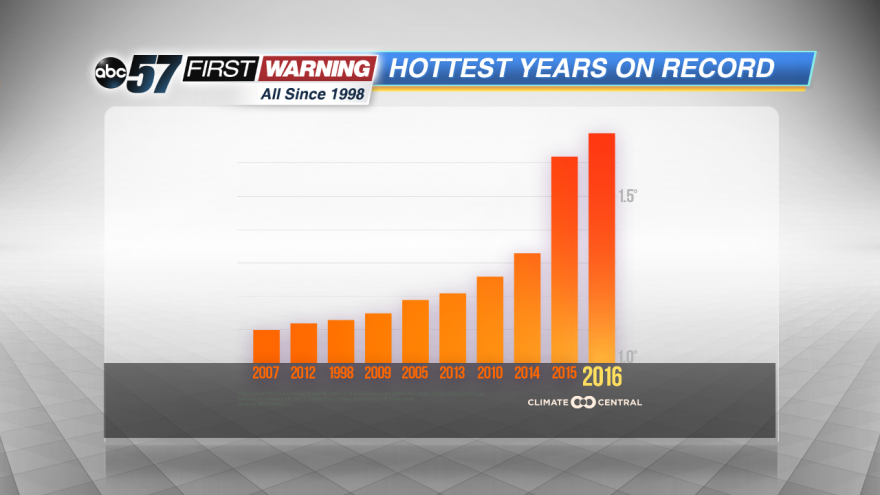 Both NOAA and NASA confirm that 2016 was the hottest year on record globally, over land and water.

The latest report released by the National Oceanic and Atmospheric Administration (NOAA) and NASA both came to the same conclusion that 2016 was the warmest globally since records have been kept since the 1880s. Some significant highlights from the report.

Breaking it down by continent, North America had it's warmest year on record, with the rest of the world somewhere in the top five. Nationally the United States had its second warmest year on record, with most states seeing their top five warmest years. 2016 was significantly warm for South Bend as well, the 14th warmest. Six of the 15 warmest years locally have come since 1998.

So what does this all mean? It means we continue to go into uncharted territory of a warming climate. That means the frequency of above normal temperatures is more likely than below normal temperatures. It can also change global weather patterns, leading to wilder swings in temperature and precipitation, including snowfall.

Climate is the long term trend, weather is the day to day change. While we have significant warmth if the forecast to end January, that doesn't mean it's directly caused by a warming climate. However events such as this are more likely to happen.