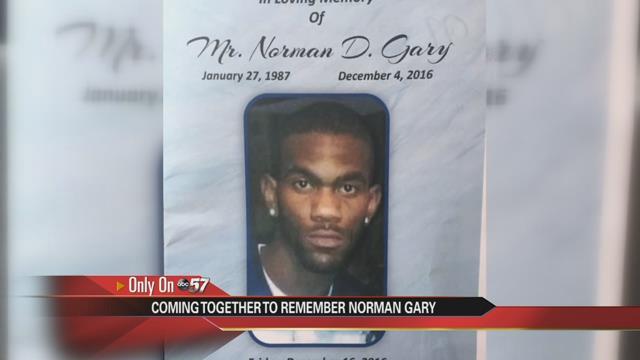 Only on ABC 57 News, an Elkhart family now dealing with the aftermath of the death of their loved one. 29- year-old Norman Gary was shot and killed during a police-involved shooting in Elkhart. After the funeral today, family members say they're looking for answers.

The first question they have is, “Who did it?”

Family members say the only phone call they've received was from Mayor Tim Neese Friday morning, where he told the family investigators were working on the case. They say they haven’t heard a thing  from police.

Margaret Johnson raised Norman Gary.  She said she’s seen loss like this in the news, but actually experiencing it is unbearable.

“We see this on TV everywhere, people getting killed every day, but when it hits home then you know what those people are going through,” said Johnson.

Norman Gary’s sister, Sandy Holt, told me she had to take out a loan to be able to bury her brother. Now she’s ready to focus on what’s next.

“I’m done crying. I’m ready to fight. Not like go out there and physically fight, but fight for him because he can’t say anything anymore. We want justice for him,” said Holt.

On December 4th, several people were hit when shots were fired during a police-involved shooting, but only Norman Gary died.

“This is a peaceful, a peaceful justice that’ll be done,” said Johnson.

Pastor of Agape Missionary Baptist Church,  Dannell Brown  says the family won’t push negativity, but the search for answers is far from over.

The family says they’re planning on attending a march that's set to happen on Monday in Elkhart at 5:30 p.m.