Norman Gary's family says they wish things would be different 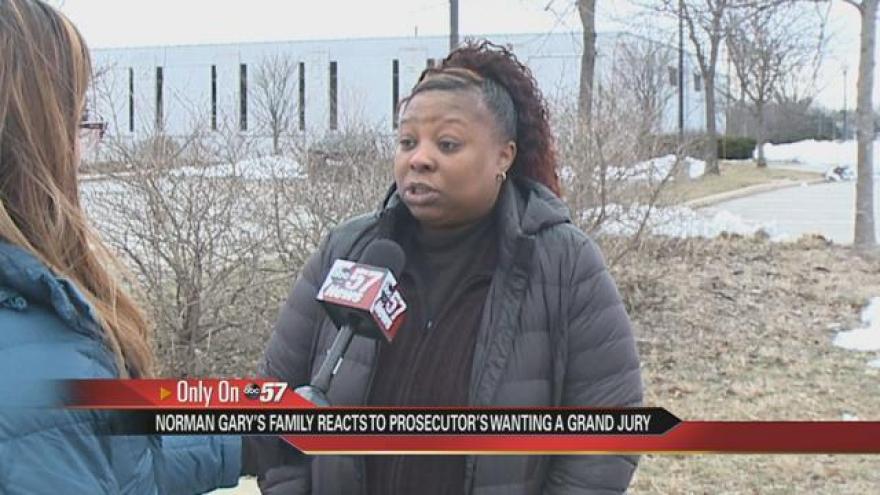 Norman Gary’s sister, Sandy Holt, telling ABC57 she’s stuck in the same position she was in on Friday, when she found out there was a formal request for a grand jury. She says she wishes things would’ve been different.

“It was confusion and I wish the family would’ve known about it before it came out to the press. It was very shocking, it was like, “Okay, I’m not sure what to say,” said Holt.

On Friday, just before 4 p.m. the Elkhart County prosecutor’s office released a statement that requests a grand jury for the police-involved shooting that happened on December 4th, 2016.

Two officers were investigating another crime, when they heard gunshots nearby. Nathan Lanzen and Leonard Dolshenko, shot their weapons and it’s still unclear if one of their bullets struck and killed 29-year-old Norman Gary.

One of the officers wasn’t wearing a camera and the other officer’s wasn’t working. Right now the state police are leading this investigation.

Holt says investigators were supposed to contact her family first before any changes or new information would be released, but that wasn’t the case.

“I haven’t heard anything from Vicki, nothing at all. She promised she would contact my mom as soon as the investigation is complete and as she got information,” Holt said.

Holt says this is an overwhelming rush of information and news. “I just feel like this is quick.” Holt admits that her mother Margaret Johnson isn’t really taking the news lightly but is remaining hopeful.

“She’s confused. She’s hurt. She doesn’t know which way this could go,” said Holt. “We know it could be a 50 50 chance so we’re just hoping it’s fair. We’re going to have to stand together on this one.”