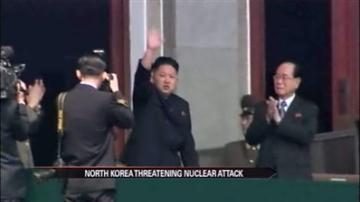 North Korea is threatening to launch a nuclear attack on the US. It is a move that would come at the heels of a UN vote to impose stronger sanctions on the country.

A new resolution stops the sale of luxury goods to the North Korean leadership.

The UN Security Council wants to make it more difficult for the regime to pay for its weapons program.

"I don't think that the regime in Pyongyang wants to commit suicide but that as they must truly know that would be the result of any attack on the United States," said Senator Bob Menendez.

Experts believe North Korea is not capable of firing a nuclear missile that could reach the US mainland but United States officials say they are working closely with the South Korean military just in case.