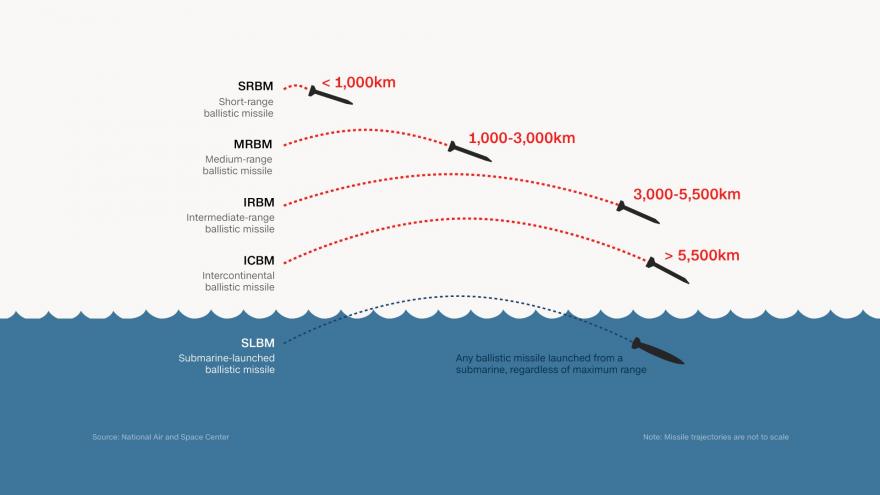 (CNN) -- 2017 has been a year of rapid progress for North Korea's missile program.

The country has fired 23 missiles during 16 tests since February, further perfecting its technology with each launch.

Its most recent -- during the early hours of November 29 -- flew higher and farther than any other previous tests. The missile launch, which landed in Japan's exclusive economic zone, came after a break of almost two months in testing.

On July 4, North Korea conducted its first test of an intercontinental ballistic missile (ICBM), which it claims could reach "anywhere in the world."

Of the missiles tested before that, one was intermediate-range, two were medium-range, eight were either short-range or medium-range and the range of one is unknown, according to various North Korea watchers. Four fired on June 8 were believed to be surface-to-ship cruise missiles.

Is the pace of missile testing speeding up?

Less than six years into his reign, Kim Jong Un has tested more missiles than his father and grandfather combined.

During the first months following the inauguration of US President Donald Trump, Pyongyang conducted a similar number of launches as it did during the same period in 2016.

However, North Korea did not conduct any tests during the two months from Trump's election to his inauguration.

The political turmoil in South Korea, which led to the eventual impeachment of former President Park Geun-hye, may also have factored into North Korea's decision making, experts say.

Pyongyang has tested an average of one missile per week in the three weeks following the election of President Moon Jae-in, Park's successor.

Why do they do the tests?

They need to conduct tests to perfect the technology, analysts say.

Some have speculated that the United States has tried to meddle with the program using cyber methods, which could halt progress.

The tests also are thought to be timed for maximum political impact -- a May launch coincided with the One Belt One Road summit in Beijing, an important project for Chinese President Xi Jinping, and a February launch happened as Japanese Prime Minister Shinzo Abe was visiting US President Donald Trump.

And the ICBM test came on July 4, Independence Day in the US.

All of this applies equally to the North's nuclear test program, which has typically followed a similar pattern.

What does North Korea want and why?

A missile capable of reaching the United States topped with a nuclear warhead is considered to be Pyongyang's ultimate goal.

They want it because they believe the US will eventually try to remove Kim Jong Un from power.

But would the United States try to topple the Kim regime if North Korea could respond with a nuclear attack?

Pyongyang believes Washington wouldn't, and that's why the country sees nuclear weapons as the key to sparing Kim Jong Un from a fate similar to that which befell Moammar Gaddafi in Libya and Saddam Hussein in Iraq.

The long-range missile is what really scares the United States because it means there is an existential threat of a nuclear attack, according to John Delury, a professor at Seoul's Yonsei University's Graduate School of International Relations.

"We are in a somewhat dangerous period of a threat perception gap, as Americans adjust to the sense of vulnerability to North Korean retaliation that South Koreans and Japanese have lived with for quite some time," he said.

How close are they?

Michael Hayden, the director of the CIA from 2006 to 2009, believes that should Pyongyang continue at its current pace, the country could develop an indigenous missile that can reach Seattle and carry a North Korean-built nuclear warhead before the end of Trump's first term.

So far, North Korea experts believe the regime has not developed the operational capability to deliver a missile beyond Asia.

"One successful test doesn't get them over the bar, they're claiming more than they can deliver at the moment," said Euan Graham, director of the International Security Program at Sydney's Lowy Institute.