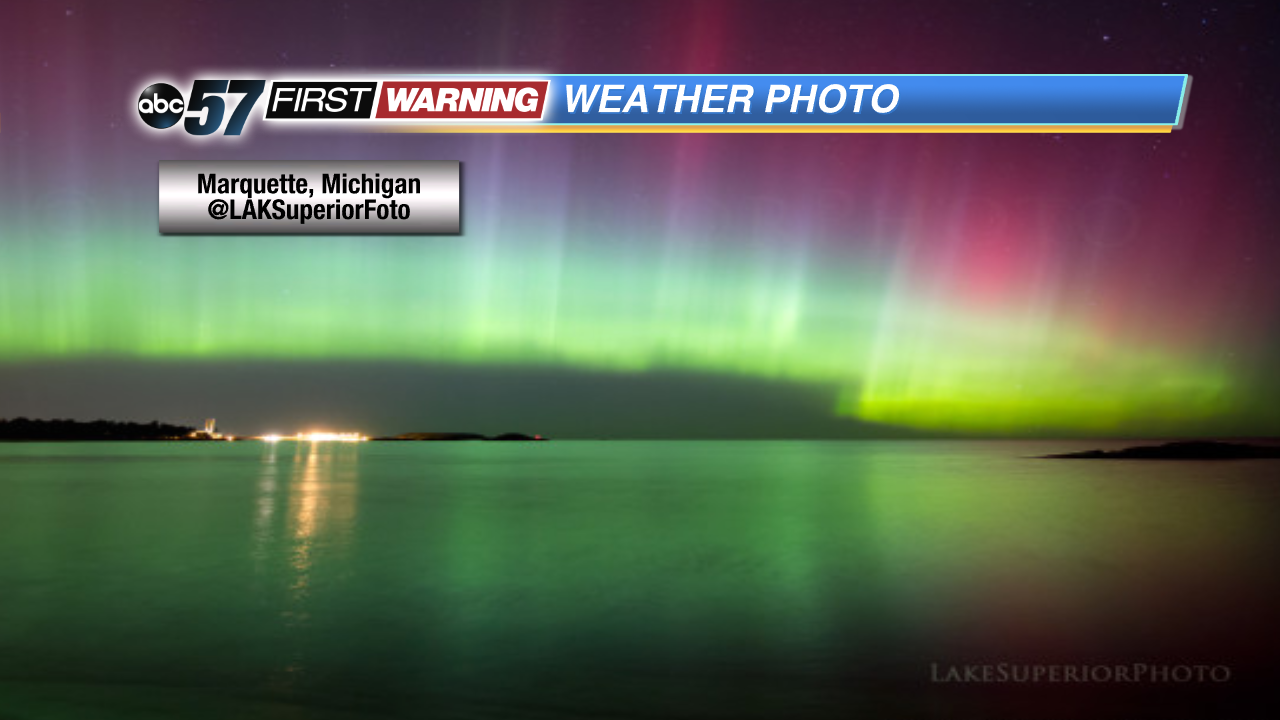 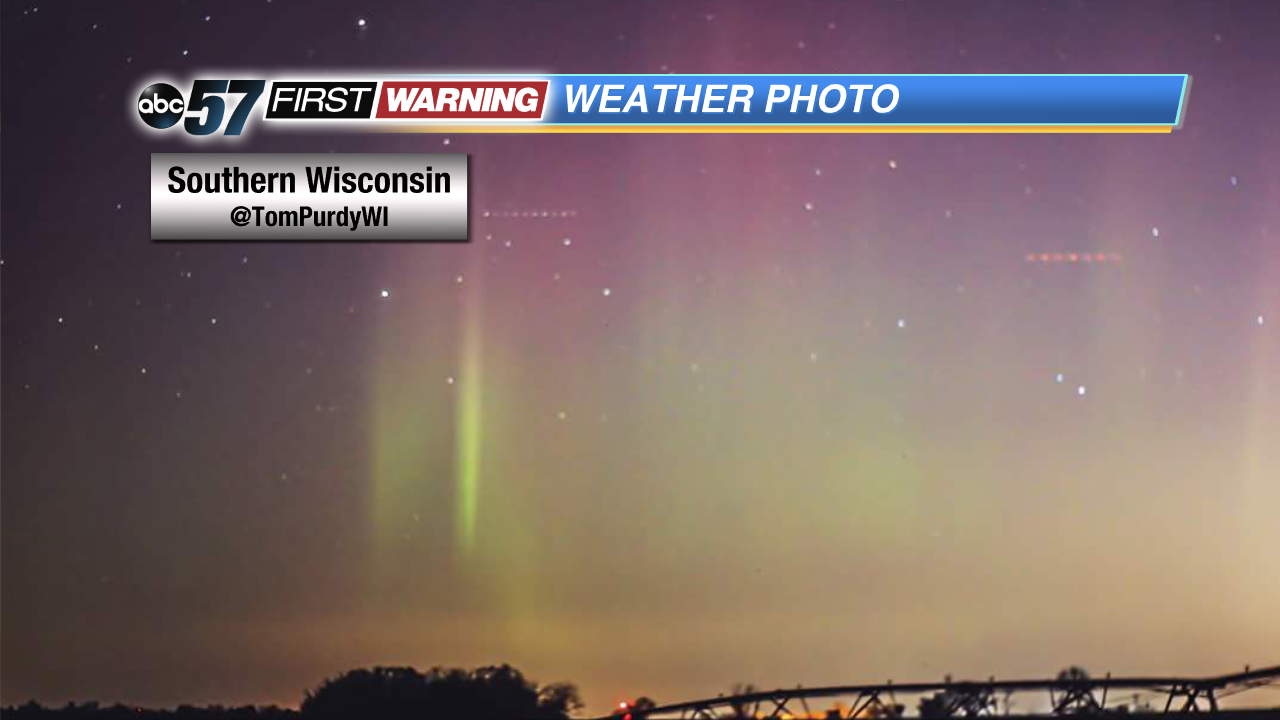 The Northern Lights were not only visible Tuesday night; they were quite vibrant across many northern states. Locations in the Dakotas, Wyoming, Minnesota, Iowa, Wisconsin, Michigan, New York, and even northern Indiana reported seeing the lights late Tuesday evening. The displays were a direct result of electrically charged particles being released from the sun and entering Earth's atmosphere. Those particles lead to the formation of the colors in the sky known as the Northern Lights.

The best is they will once again have the potential to be visible across the Midwest and Great Lakes tonight. 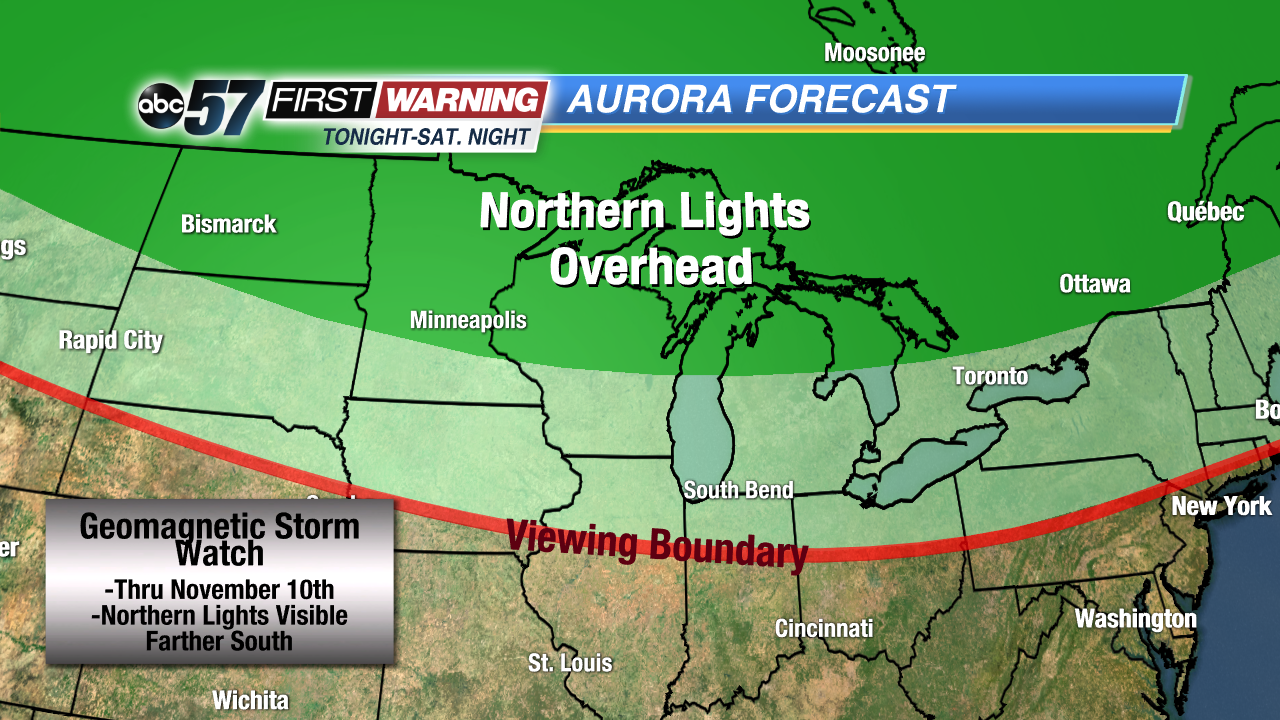 The best locations to be to see the lights are in the dark green shade on the map shown. Specifically, Montana, North Dakota, Minnesota, Wisconsin, and the northern half of Michigan. However, the viewing boundary could once again sag as far south as northern Nebraska, Iowa, northern Illinois, northern Indiana, and northern Ohio IF the geomagnetic storm intensifies from a G1 to a G2 storm. 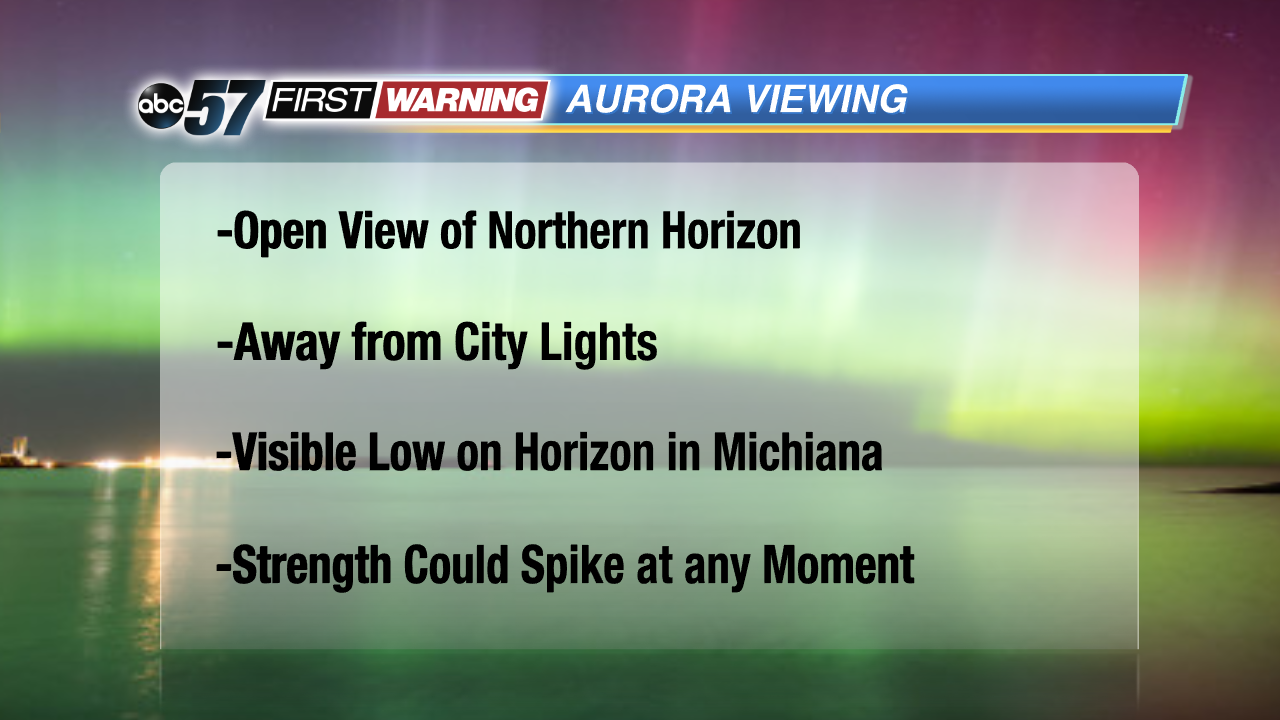 The best places to go if you want an increased chance of seeing the Northern Lights are areas away from city centers and light pollution, and areas with large, flat land to your north. Examples include large cornfields with minimal trees, as well as large bodies of water. It's important to remember that "chasing" the Northern Lights is not always a slam dunk. There will be nights with considerable auroral activity, but the lights may not materialize where you are. If you plan on venturing out, the skies are going to be clear Wednesday night.

If you can't make it out tonight, Friday night is expected to have a G1 storm, which could result in a faint display of the Northern Lights as far south as lower Michigan. Photos from Tuesday night's excellent display are shown. 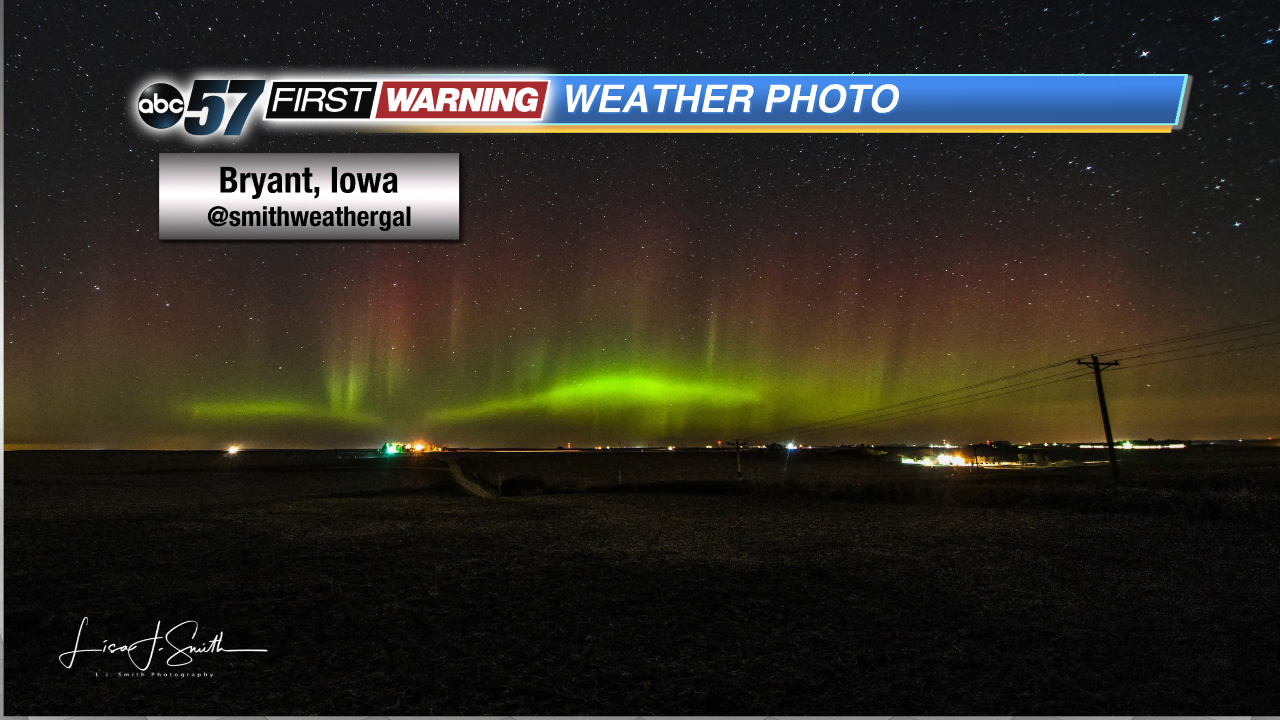