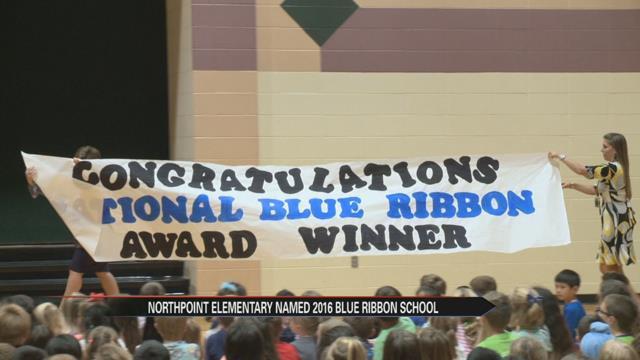 Northpoint Elementary School has been named a 2016 National Blue Ribbon School. It is the second time in six years the school has been recognized with the honor.

U.S. Secretary of Education John B. King, Jr. made the announcement Wednesday at 1 p.m.

The school held an assembly Wednesday at 1:30 p.m. to make the announcement to students, and faculty.

“Today’s award is an affirmation for Northpoint and P-H-M School Corporation that our formula for success works,” said Penn Harris Madison School Corporation Superintendent Dr. Jerry Thacker in a press release. “The students are the focus of our Triangle. Their success is possible because they are encouraged and taught by excellent teachers and supported by their parents and families.”

The 279 public and 50 private schools named a National Blue Ribbon School will be honored at a ceremony in Washington DC on November 7 and 8.