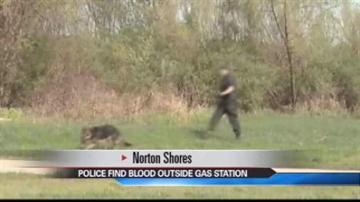 Michigan State Police collected blood, which has been confirmed as Heeringa's, outside the Exxon Mobile where Heeringa worked. Only a small amount of blood was found.

A tip to Michigan State Police on Tuesday led investigators to search an area near the Grand Haven Power Plant. Police searched there for three hours with the help of two K-9 teams.

"It is my understanding that nothing was found," said Norton Shores police chief Daniel Shaw.

Police have also searched a local business that maintains a fuel account at the Exxon.

They have been trying to track down possible customers of the gas station to see if anyone may have witnessed anything that could lead to Heeringa's discovery.