NORWAY: Mass killer of 77 people gets 21 years in prison 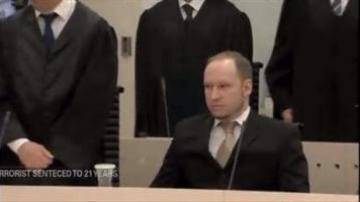 NORWAY -- The extremist who killed 77 people in a bomb and gun attack learned his fate on Friday.

Anders Breivik was sentenced to 21 years in prison.

He was changed with voluntarily homicide and committing acts of terror in Oslo, Norway in 2011.

Breivik's mental health was a key issue in the court's ruling and the found him sane.

Breivik boasted that the killing of his victims was to fight multiculturalism in Norway. He also claimed he wanted to be rule sane so his actions would not be dismissed as lunatic.