Notre Dame and Butler fans enjoy the flavor of Pittsburgh 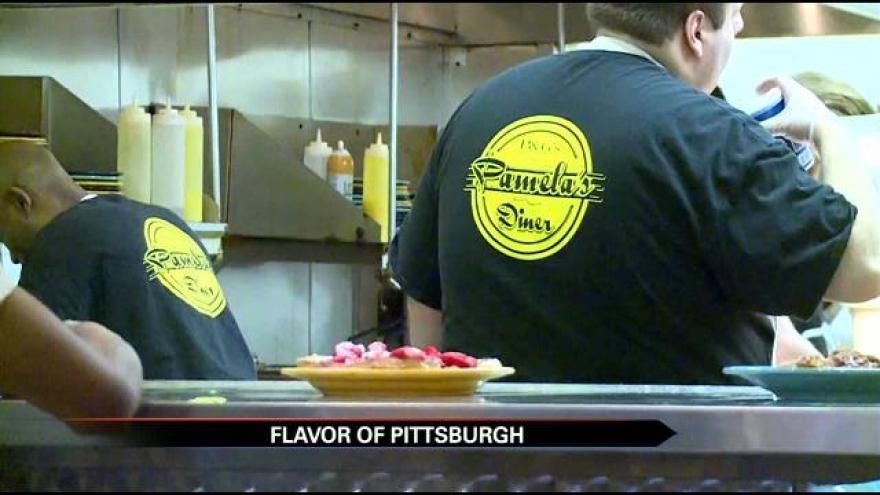 Notre Dame and Butler fans may not agree on who they would have liked to see win the NCAA men's basketball game Saturday night, but the one thing they do have in common is food.

Fans of both teams say Pamela's is one of the best food stops Pittsburgh has to offer.

Pamela's Diner in Pittsburgh's strip district has been serving up hotcakes, omelets, and burgers since the 1980's.

"We're at Pamela's Diner this morning to enjoy some breakfast. We had it yesterday and this place is amazing," said Shawn Damboise, a Notre Dame fan.

"I have a lot of friends who are from Pittsburgh and they recommended it," said Eric Shoemaker, a Butler fan.

The retro hot spot was the place to be Saturday morning as fans loaded up on the good food before Saturday night's big match-up.

Both Notre Dame and Butler fans were clutching to hopes that their team would advance to the Sweet 16.

"The talk around town says Notre Dame is going to win, but I'm holding out and hoping for Butler," said Shoemaker.

The fans were also busy taking in the sights and sounds of the Steel City and taking part in the mania of March Madness.

"We're all about the NCAA Tournament right now. I think I've logged in a good 30 hours of basketball in two days," said Damboise.

One Pittsburgh resident says even President Barack Obama has dined at Pamela's in Pittsburgh.